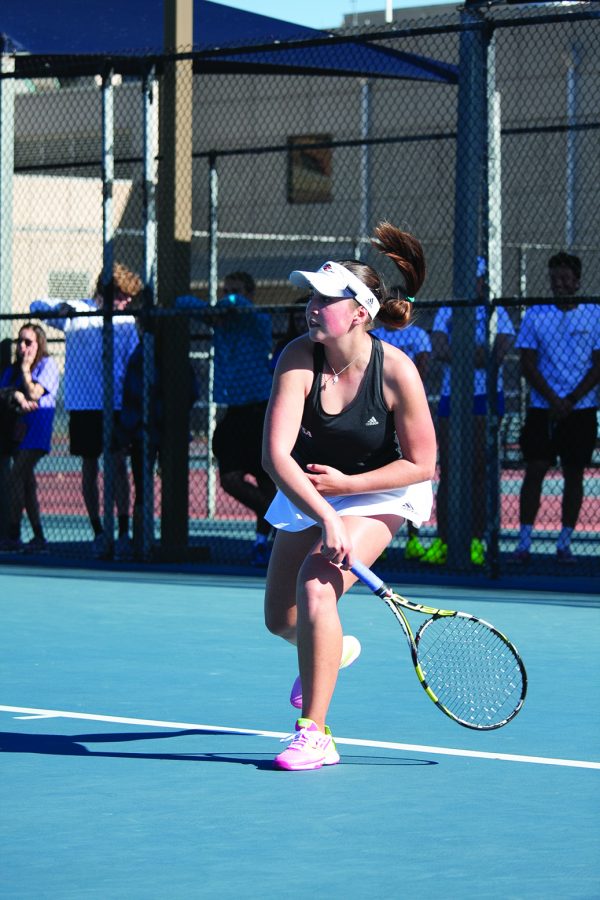 UTSA’s women’s tennis team closed out a two-match weekend with wins over both St. Mary’s and Incarnate Word (UIW).

In Saturday’s home opener against nationally ranked St. Mary’s, the Roadrunners nearly swept their opponents in a decisive 6-1 victory.

After nabbing the doubles point for UTSA, the Roadrunners dominated in singles, winning all but one of their matches. UTSA junior Miriam Rosell Canudas led the team in a dominating 6-2, 6-1 first position singles performance against Cristina Lopez of St. Mary’s.

Sunday’s away match against UIW also ended with a 6-1 victory for the Roadrunners.

The only Roadrunner to lose her singles match on Saturday, senior Alena Shichkova, rebounded on Sunday to beat UIW’s Victoria Kareh 7-6, 6-1. The win was her first of the season.

UTSA’s other doubles team, comprised of Shichkova and Karaklis, has yet to win a doubles match this season.

The women’s team is now 3-1 on the season and will look to continue its winning streak on Wednesday, Feb. 3 at Abilene Christian.