Super Bowl L is a matchup for the ages 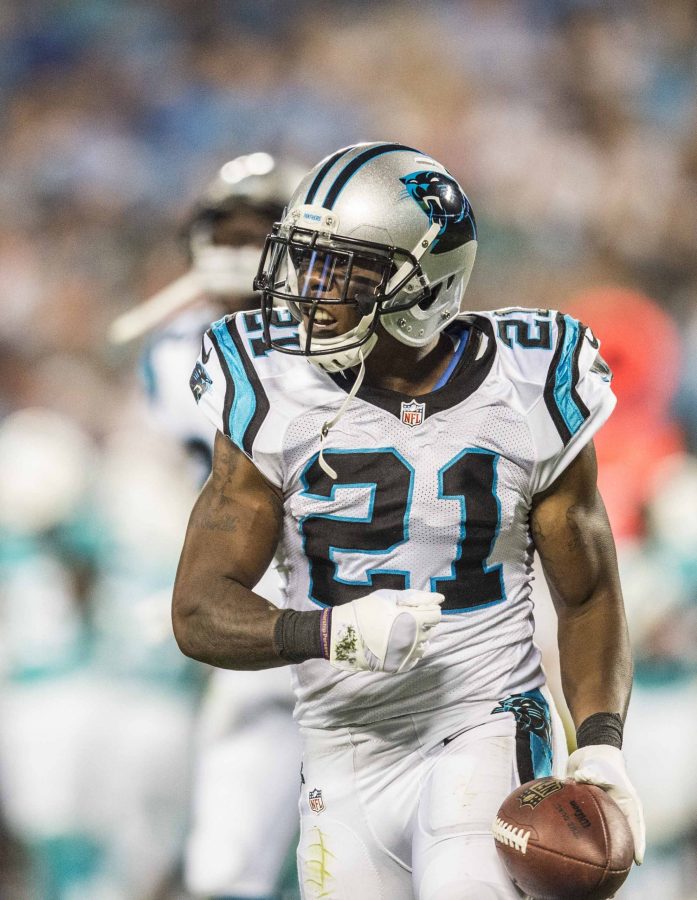 Photo courtesy of Melissa Melvin-Rodriguez and the Carolina Panthers

The game will star veteran Peyton Manning, drafted in 1998, and Cam Newton, drafted in 2011. At 39, Manning will be the oldest quarterback ever to play in a Super Bowl.

The Broncos faced plenty of adversity this season, but came in clutch, winning 10 games by seven points or fewer and finishing the season with a 12-4 record.

Manning battled a foot injury at the beginning of the season but continued to play, despite the injury’s seemingly negative effect to his game.

Manning broke the NFL’s all-time career passing yards record in November, but was benched against the Chiefs after completing only 5-of-20 passes while recording a fumble and 4 interceptions.

Backup quarterback Brock Oswieler came into the season and played well, managing to finish what Manning started, leading the Broncos to the top of the AFC to clinch home field advantage as well as a first-round bye. However, with Manning healthy in time for playoffs, the four-season Bronco was the obvious start.

With help from the league’s top-ranked defense and 15 points from field goals, Manning led the Broncos to victory over the Steelers in their first playoff game. The following week in the AFC Championship, the Broncos edged past the Patriots with a 20-18 win.

The Carolina Panthers rose to the top of the football world unexpectedly, earning a league-best 15-1 record. After finishing the previous season with a 7-8-1 record, Carolina improved significantly on both defense and offense. Their defense had a league-best 39 turnovers in the regular season and added nine more in two playoff games. Two key players on the defense, inside linebacker Luke Kuechly and cornerback Josh Norman, have excelled this season. Kuechly is among the best at his position in the NFL. Norman has received a reputation as a shutdown cornerback, having to step up his game as talk of his elite playmaking ability has led to him being a feared target for receivers across the league.

Norman’s next challenge is to face QB Peyton Manning, a player he has looked up to his whole life.

“If I even get the ball from him,” Norman explained, “if he throws an interception or something and the guy allows me to be there for it, I’m probably going to bow to him. That’s how much I really think about the guy.”

Newton, the heart and soul of the Panthers, has the ability to take over a game at any time. He’s had an impressive year, racking up a league-high 45 touchdowns – 35 through the air and ten on the ground. Newton is the early favorite for NFL MVP; winning the Super Bowl and NFL MVP honors would make him the first quarterback to win the Heisman, FBS National Championship, NFL MVP, and Super Bowl.

It’s likely this Super Bowl will be Manning’s final game, as time has put wear and tear on his body. He can’t depend much on his arm anymore, but his football IQ still makes him a top threat. One last title would certainly be a storybook ending to one of the most phenomenal careers in league history.

This game also has historical implications for UTSA. If Carolina wins, cornerback Teddy Williams will be the first UTSA alumnus to earn a Super Bowl ring.

This year’s game will be held at Levi’s Stadium in Santa Clara, Calif. (home of the San Francisco 49ers) and will be televised on CBS on Feb. 7. CBS aired the very first Super Bowl in 1967, and has acquired the rights to air the game for its 50th anniversary. This year’s Super Bowl is on track to break record number of viewers with CBS streaming it live online.

Kickoff is at 6:30 p.m., but CBS will show pre-game programming starting at 11 a.m. eastern time, so there will be plenty of entertainment leading up to the game.  The halftime show will feature British group Coldplay and Beyoncé, who have collaborated in the past (and are sure to entertain).

Both teams have had a long season and only one can finish on top. Can five-time NFL MVP Peyton Manning pull through one last time for the Broncos? Or will Cam Newton and the Panthers start a new legacy for the franchise and give fans a glimpse of the league’s future? Tune in this Sunday at 6:30 p.m. to witness history.