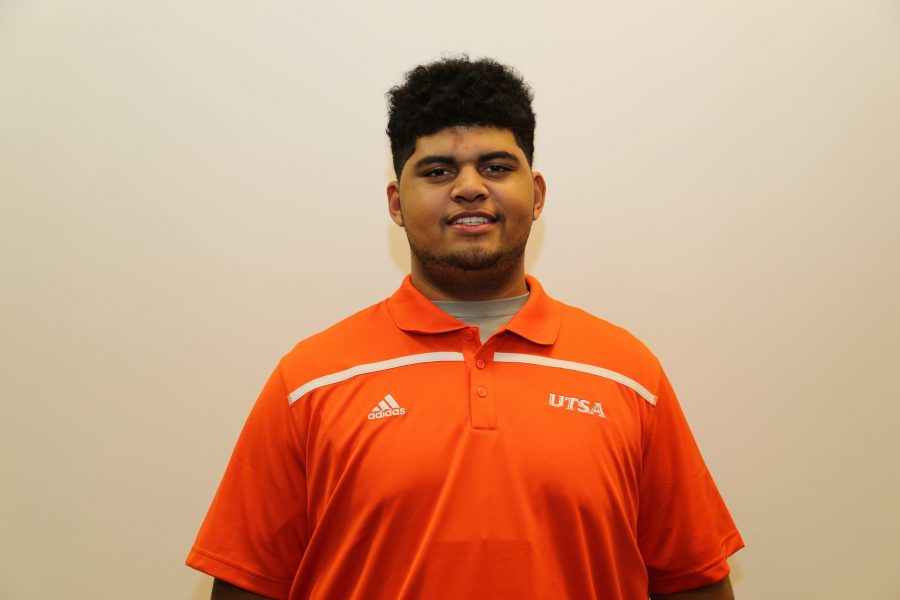 Frank Wilson held a press conference last Wednesday, Feb. 3 to announce his first-ever signing class at the helm of the UTSA football program.

The standout prospect of this class is easily Jaquelle Green, a safety from Mississippi who had been sent offers by numerous SEC schools and previously committed to Louisville.

Another interesting prospect, Eric Banks from Memphis, Tenn., was recruited by UTSA to play either as a defensive lineman or linebacker. In his senior year of high school, he earned first-team All-Region 8-4A honors as a quarterback and was second-team all-region as a defensive end. Wilson and his brain trust think Banks can thrive on defense.

One player who Wilson singled out was freshman offensive tackle Josh Oatis.

“We needed another tackle to be able to protect our quarterbacks’ blindside,” said Wilson, “and we found an athletic 6-foot-6 offensive tackle that has those attributes.”

Wilson also took the opportunity to announce that quarterback Dalton Sturm will be returning on scholarship next year. Sturm assumed the starting position following Blake Bogenschutz concussion early in the season.

“After he finished the season the way that he did and the valiant effort that he displayed, he earned it,” Wilson said of Bogenschutz. “Going into spring football, he’s our most experienced quarterback that we have.”

Wilson said that he is interested in signing at least one more quarterback to the roster before next season, but expressed desire to remain patient and find the right fit for the program.

Eight members of this signing class are upperclassmen transfers from junior colleges, with the exception of senior linebacker Ronnie Feist, who followed Wilson here from LSU.

Wilson stressed the importance of bringing in a mix of young players and veteran transfers so that there will be balance across the roster.

“We’re not so youthful that we have all freshmen, but that they can learn and grow from one another,” Wilson explained. “As they graduate, the next guy will step up and the youth rises up at the same time. I think that’s how you build a program. You have to have that type of diversity within your team.”