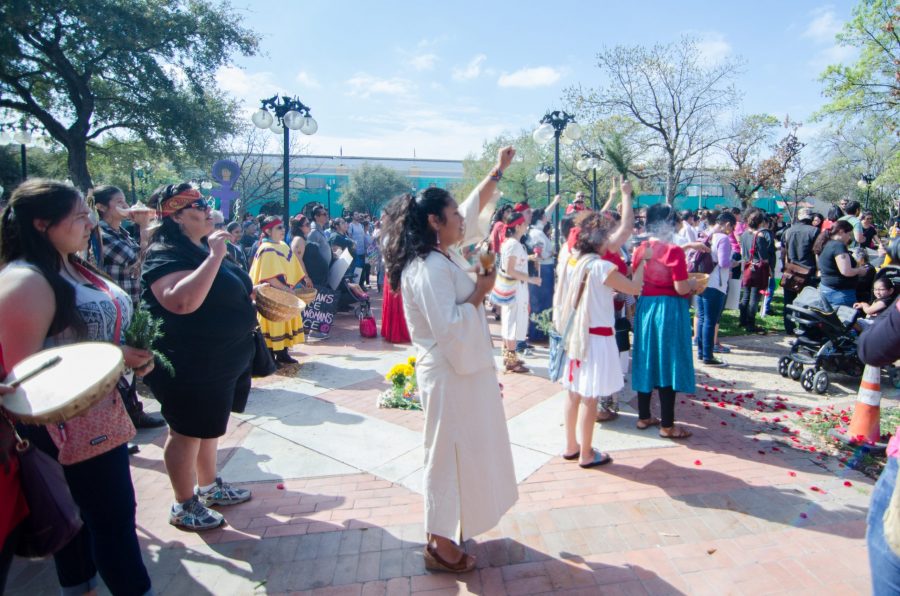 UTSA’s Women’s Studies Institute (WSI) began celebrating Women’s History Week in 1986. Since then, it has transformed into a month-long celebration of women.

The objective was to offer more courses to students on topics about gender and sexuality.

Events began on Tuesday, March 1 with the “Women’s History Month Program”. Events offered include: “Mercurial Attraction: The photographic work of Cara Lee Wade” that showcased two works that included discussing the legacies of those Wade lost to Alzheimer’s disease; “Lost in a Valley with a Dog: How We Find and Make Community” in which Jewelle Gomez discussed her advocacy of rights for queer women of color; and “A Woman’s Place is on Stage” that showcased five women and their spoken words about subjects such as race, gender and love.

On Thursday March 3, “The Republic of the Unlettered: A People’s Intellectual History of Law in the Spanish Empire” panel took place in the Assembly Room in the UTSA library.

Dr. Bianca Premo, a professor at Florida International University in Miami, discussed her book upcoming book “The Republic of the Unlettered” during the panel. Her book covers the Enlightenment and how enslaved people in Spain, such as women and indigenous inhabitants, could not read or write.

This led to authority figures forging signatures resulting in those enslaved to sue in record numbers.

“The Republic of the Unlettered” explores these civil litigations about forging signatures on documents.

Premo refers to German philosopher Immanuel Kant in her book and his ideas about the Enlightenment. She discusses the various schools of Enlightenment such as Scottish, radical and Colonial. Premo mentions her love for Jonathan Israel’s novels and how he believes in the Spanish-American Enlightenment.

Premo also covers how slaves began to get ideas on how they were being tricked by attending court hearings. Her panel featured extensive knowledge on the history of law in the Spanish empire.

There will be more opportunities to attend a WSI Women’s History Month event from Tuesday, March 22 through Thursday, March 31. More information on events offered is avilable on utsa.edu/WSI