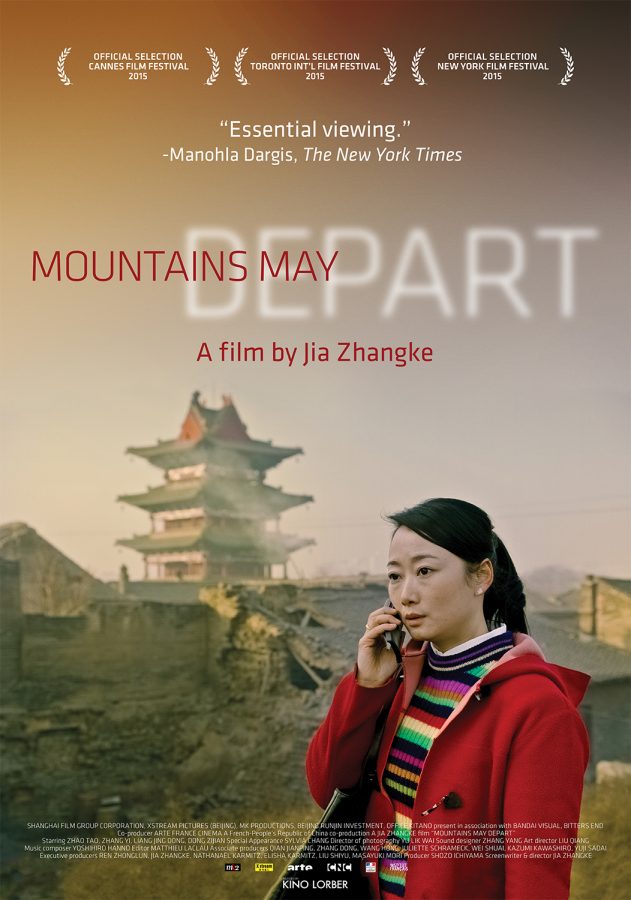 Like any film ambitious in scope, “Mountains May Depart” is difficult to summarize. The elevator pitch is woefully inadequate: a love triangle threatens to separate childhood friends in China at the turn of the century.

It might be more accurate to call the movie an exploration of a changing world through the eyes of Tao (Tao Zhao), a young woman with an uncertain future. At the beginning, the characters are adults who were arrested in adolescence, playing out a soap opera.

One of Tao’s courters, Zhang Jingsheng (Yi Zhang), tells her “You’ll always be 18,” and although it’s meant as a compliment, it shows an ironic awareness of their frivolity. As experience broadens Tao’s perspective, the movie literally widens, its aspect ratio shifting as time progresses.

Tao’s story is not new—something the film acknowledges—but it doesn’t quite fit into any established cycle either. Instead, as represented by the recurring images throughout the film, changes occur on a level that can render its effects invisible.

Veteran director Jia Zhangke uses a naturalistic style to convey these subtle shifts. The impetus of each scene comes organically, and the progression feels as natural and familiar as the motion of a clock.

The most interesting stylistic choice is the use of scenes with no connection to the narrative or explanatory context. Coal falls out of a truck stuck in the mud, a plane crashes and shapeless colors dance across the screen as if a blurred shot is about to come into focus.

What this technique means is unclear, but it helps establish a singular rhythm for the movie. The audience is forced to engage with these scenes, expecting a narrative relevance or payoff.

Although there is likely symbolic intent, these images are also offered up as their own reward, worth examining outside of the context of the story.

For all its ambition and novelty, “Mountains May Depart” is still a flawed film.

The script, penned by Zhangke, has wonderful moments but frequently clunky dialogue, shoehorning exposition in and falling flat at important junctures.

“It seems more like your son is Google Translate,” a character says to his father in one pivotal scene.

Jingsheng’s character is incongruously one-dimensional, although the conflicts explored by the movie have admirable nuance.

The third act has been fairly criticized, featuring the worst acting of the film and an underdeveloped story arc. The score, though itself good, is too on-the-nose, informing the audience when and when not to feel sad.

These seem like major failings, but they’re relatively minor quibbles in “Mountains May Depart.” The rich visual language of the film, its cinematic texture, is its own justification.