ASK HIM WHY YOU DESERVE HELL 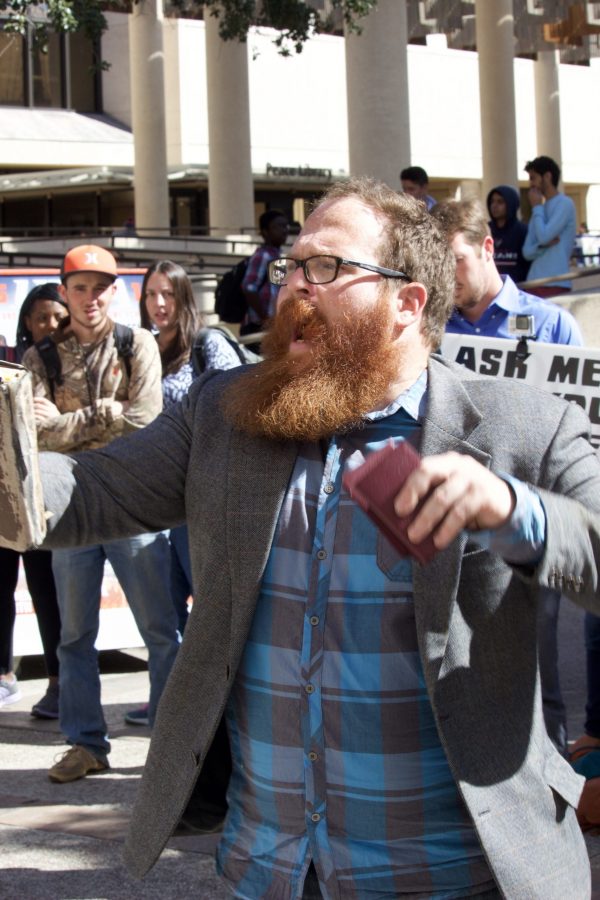 Groups of students gathered in the Sombrilla around Kyle Volkner, a UTSA Graduate student and Chi Alpha pastor as he preached viciferously about repentance on the morning of Feb. 10.

While Volkner is associated with the Christian student organization, Chi Alpha  did not sponsor this particular sermon.

Several observers found Volkmer’s tactics abrasive and about eight complained to the information desk at the University Center. Volkmer, however was within his First Amendment rights to speak publicly. A petition titled “Stop Chi-Alpha’s on-campus harassment and hate speech at UTSA” garnered 144 electronic signatures before it was closed the same day.