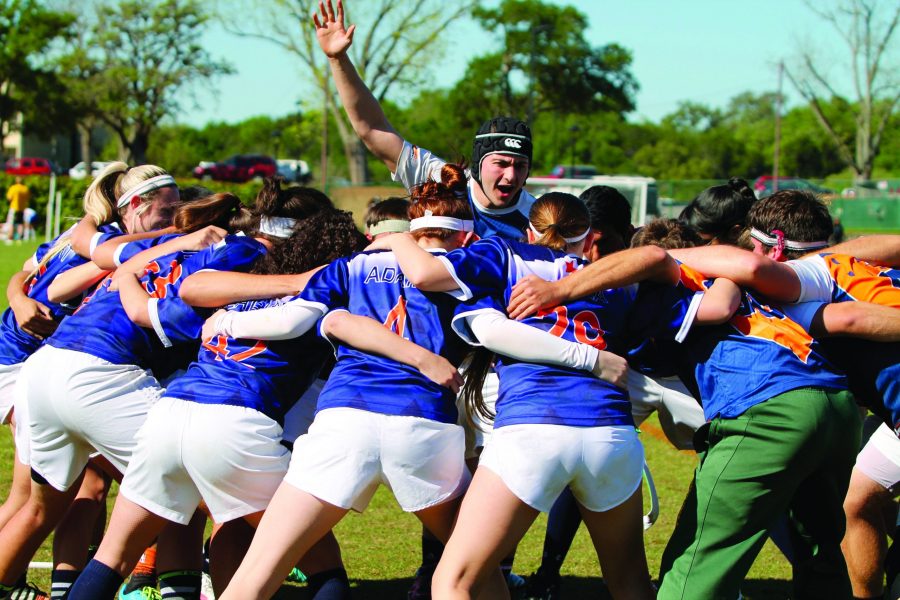 Photo by Shelby Rose, The Paisano

Expectations were high as UTSA Club Quidditch (25-11-14) traveled to San Marcos this weekend to compete in the Division II Nationals held at Texas State.

The tournament is also known as the Consolation Cup as it is comprised of 27 teams who failed to qualify for the 60-team Division I Nationals, which will be held in South Carolina later this month.

UTSA was not playing at full-strength as team members have been battling injuries – one player suffered an ACL tear in the fall, another suffered an ear laceration, and multiple players sustained ankle injuries.

However, the Roadrunners still dominated, winning seven straight matches before being defeated 110-90 by Baylor in the final.

“Everyone came in with different skills and just meshed together so well,” said senior Kinesiology and Athletic Medicine student and UTSA Club Quidditch Coach Azeem Hussain. “There were countless examples of how well the team meshed together this weekend despite not having a full roster.”

On Saturday, the Roadrunners came out strong during pool play and ended the day with a 4-0 record. Their first game of the day was against the Minnesota Nice Quidditch Club, a community team based out of Minneapolis.

Nearing the end of the match, Minnes. and UTSA were tied 90-90 (at 10 points a score) before Roadrunner senior Joshua Andrews secured the Roadrunners’ 120-90 win with a 30-point snitch grab.

UTSA went into Sunday’s bracket play as the No. 1 seed with an undefeated 4-0 record and outstanding 380-point differential. Being the top seed meant a first-round bye for the Roadrunners, so their first matchup of the day was with Sam Houston’s B-Team in the second round.

The easy 120-40 win catapulted UTSA into a quarterfinal matchup with Stanford University; however, that was the last time the Roadrunners would dodge adversity.

The hard-fought match against Stanford came down to a final snitch grab by Andrews for the Roadrunners’ win (80-40). UTSA then met up with Marquette University in the semifinals.

The final challenge for UTSA was the marquee championship matchup against Baylor.

At its start, the match was low-scoring, which upped the pressure for the Roadrunners to get on the board and take home the gold.

Points piled up on the board as both teams gained momentum, but the score never made it out of snitch-range (a differential greater than 30 points) and the match came down to a snitch grab.

The fight to the snitch was brutal, and unfortunately for UTSA Club Quidditch, Baylor got there first to seal the victory that won the 2016 Consolation Cup.

Despite the Roadrunners’ heart-wrenching 110-90 loss, their performance throughout the tournament proved that they could compete with great strength and determination while playing an entertaining and physical brand of quidditch.

“Everyone put the team first and understood that we were working together as a family,” said Hussain. “All the big hits we landed were an added bonus.”

Going into next season, UTSA Club Quidditch hopes to earn a bid for the Quidditch Cup to compete for the title of best quidditch team in the nation.

Coach Hussain believes that the dominant performance in a national tournament should provide helpful experience and build confidence going forward.

“The big thing to take away from this last tournament, despite the loss at the end, is understanding just how good we are, said Hussain.”

“We should be confident and comfortable playing our game against anyone,” he continued. “I think morale has been raised, and we have high hopes and expectations going into next season.”