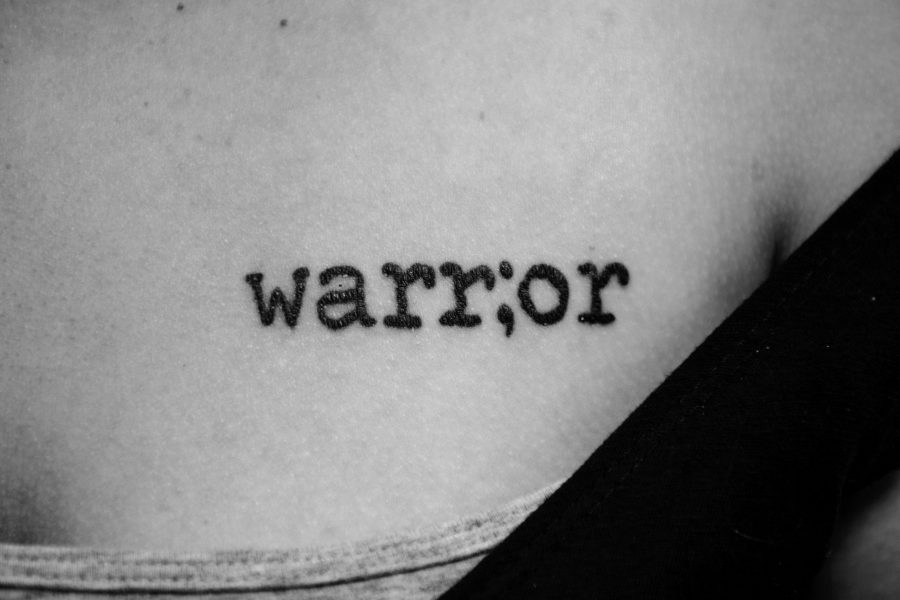 A Pew research study found one in five adults between the ages of 18 and 29 in the United States have at least one tattoo. The prevalence and acceptance of body modification has recently increased because of popular athletes and celebrities — this is especially true in college environments where 23 percent of college students have one to three tattoos and 51 percent are pierced beyond the ears. It all seems harmless, just colors, lines and extra holes.

When I was 18, I got a tattoo — “warrior” — on the right side of my chest to prove that I could handle the pain and subsequent healing of having a needle work its way through my skin, and a reminder of the strong women I wanted to emulate. For me, the tattoo was therapeutic, following a summer of anxieties, changes and rejection, every swipe of the tattoo machine formed a bandage on a gaping hole — it healed me.

My mother, however, didn’t see it that way: she saw it as the ultimate betrayal. She saw it as me going off the rails — I was no longer the smart, kind and independent

girl she had raised, but a delinquent. It was the beginning of me going off the path that we had built together — so she asked me to have it removed. My mother — who grew up with an immigrant single mother, who had left the only family she knew in Chicago for a safer future in Texas, who overworked herself so my sister and I would never want for anything, and who had given everything to me — asked me to get it removed, so I did.

Anyone who has gotten a tattoo knows that it becomes a part of you, a marking of a moment in your life when you needed it. I wasn’t ready to remove the bandage, but didn’t have much of a choice.

For many students, going to college in a different city is often the first time they are alone and away from their parents for an extended period of time. If you’re like me, and you have a close and open relationship with your parents, you call them every day to remind them that yes, you’re eating, yes your grades are fine, yes, you took your medicine, yes, you did get some sleep last night, thanks — because for the most part our parents love us more than anyone we’ve ever met.

We do things like get our tattoos removed for our parents because we love them, and because they’ve taken care of us after every bone fracture and broken heart, driven us from music lessons to performances and tried their best to provide us with the best tools to succeed — whatever that might mean. Before coming to college that was all I needed, that parental support that had carried me from naïve adolescence to naïve young adulthood and for my mom to tell me it was going to be okay to hold my fragile psyche together.

But then you get to college and you’re alone, so students are forced to find other ways to put glue in all the cracks of their confidence. For me it was tattoos, for others it’s partying and adrenaline rushes, or exercising and early morning yoga — and sometimes these small joys may come at the expense of the parents that we love so much.

Unfortunately, there is no easy solution to this. No quick fix to making sure your actions don’t break your parents’ hearts again and again, and to making them understand or agree with what you do. The best you can do is go forward and hope to make them proud in the future.

College is scary and challenging enough without battling the people who have been your rock until now. Keep in mind that most parents try to love unconditionally, and that while you can’t always make them happy — your failures may seem personal to them — your successes will also be their successes. Though your relationship with your parents will never really be over, it will change — for better or worse.

Right now, I am financially dependent on my parents, and when my mom found out, I could see the heartbreak in her eyes as she zeroed in on the tattoo I had chosen with care to represent all of the things she had instilled in me; independence, power, and intelligence — and I felt an overwhelming amount of shame. I could not look her in the eyes for a very long time, and might not be able to look at her as I did for even longer. One day, though, I want to be independent and financially stable, to be able to stand tall with my decisions and use what influence I have to help those who need it. One day I will make her proud of me again. I will get more tattoos, but eventually have the confidence and reinforcement from my successes to say to my mom: I’m sorry, I love you, you made me from scratch, and I want you to be proud of the things I’ve done — the amazing things I only did because you made me amazing.