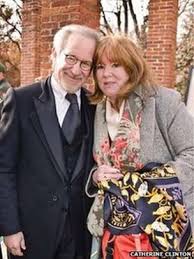 The U.S. Department of Treasury has announced plans to create new designs for the $5, $10 and $20 dollar notes. The front of the $20 will feature a portrait of Harriet Tubman, conductor of the “Underground Railroad”.

Tubman was born a slave in Maryland in 1820 but escaped on foot in 1849. She devised clever plans and made perilous journeys back to slave-owning states to aid family members and slaves seeking freedom to reach the North.

The reverse side of the $20 will depict the White House and an image of Andrew Jackson, the seventh President of the U.S., known for his persecution of Native Americans and a slaveholder himself.

Dr. Catherine Clinton — UTSA professor, historian of the American South and Civil War and Denman Endowed professor in American history — said the change in design doesn’t signal an overwhelming landmark in reaching racial and gender equality, but does signal an awareness that the nation needs “to be more inclusive in its hall of heroes.” Clinton authored Harriet Tubman: The Road To Freedom (2004).

The proposed changes in currency will be implemented in 2020.

A grassroots effort to place women on the $20 bill expedited efforts proposed by Rosie Rios, the 43rd Treasurer of the U.S.

Clinton, who was a lecturer at Harvard while Rios was a student there, described Rios as a pioneer and innovator in a campaign that “takes women’s history out of the academy and into general conversation.”

The new $10 dollar bill design will celebrate the history of the women’s suffrage movement, featuring images of Lucretia Mott, Sojourner Truth, Susan B. Anthony, Elizabeth Cady Stanton and Alice Paul alongside the Treasury building. The front of the bill will retain the portrait of Alexander Hamilton. The new $5 dollar bill will honor historic events that occurred at the Lincoln Memorial.

Clinton said she is overwhelmed by the historically symbolic makeover of American currency while a woman is simultaneously the frontrunner of a major political party in the 2016 presidential election.

“I would like to see the conversation continue,” Clinton said. “Because my college educated students are making 80 cents on the dollar compared to their male counterparts.”