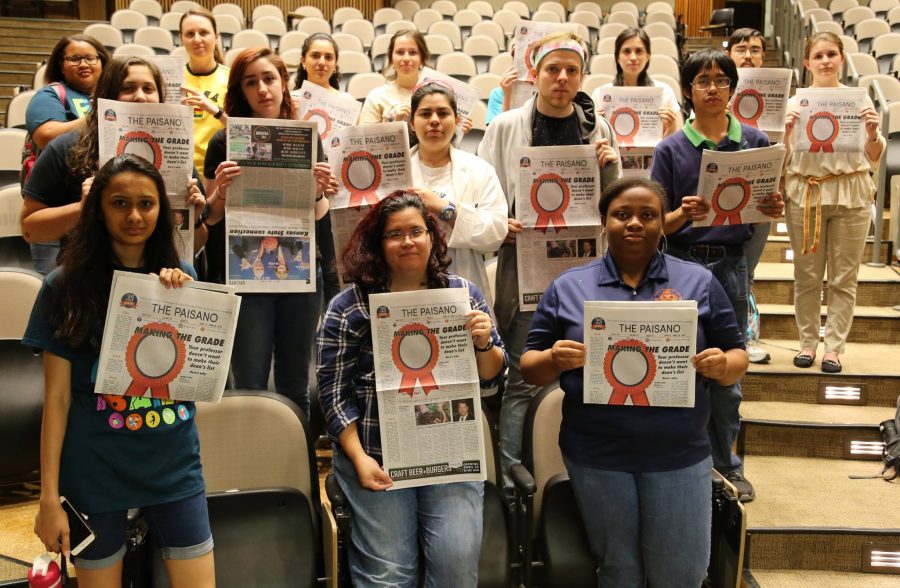 Photos courtesy of Humans of UTSA

Earlier this month, a group of approximately 30 students met in a lecture hall in the Flawn Sciences Building to protest and strategize in response to the DFW rate policies reported in “Making the Grade,” an article reported in the April 12-19 issue of The Paisano.

A call-to-action email circulated before the event, encouraging students to spread the word and speak out against the policy. The email’s author, biochemistry senior Matthew Randal,  expressed particular concern over his professor, but encouraged students who disagree with the DFW enforcement strategies to participate in the rally.

“Essentially, UTSA is striving to become a Tier One institution and is needing to overhaul its current structure to do so. Non-tenure track professors (lecturers, generally the ones not actively doing research) will no longer be employed at UTSA if their DFW is greater than 20 percent after a year.”

With that ultimatum, Randal wrote in the email, it is logical to expect an inflation in the grading policy in the most difficult courses so that faculty can keep their jobs.

“For those of us wanting to go to ANY professional program — med, dent, pharmaceutical, vet, or grad — that will more than likely result in an increase to the characteristic unpreparedness of UTSA graduates. The truth is that some classes are difficult, and some professors expect quality work from their students. At the end of our time at UTSA, I don’t think any of us want a $48,000 paperweight with nothing to support it,” the email said.

Dr. Christopher Wickham, UTSA German professor and a Modern Languages Senator in the Faculty Senate, expressed similar concerns that graduate schools will know that UTSA is using an A, B, C grading scale to improve its DFW rates.

“I wouldn’t want to see my degree diminished in that way,” Wickham stated. “Students earn grades; they aren’t given grades. It irked me to see the onus placed on faculty.”

Randal said that he has discussed his concerns over the policy with several of his professors.

“They are not particularly concerned for their own job security,” he said.

“They have all made it a point to tell me they will be fine but that I need to make sure that my degree will still be meaningful in the event that grades may be ‘freely given.’”

The students who rallied decided to present their concerns about the policy to the Student Government Association’s College of Science senators.

“The purpose of education is to create better citizens, not produce degrees,” Wickham said.

“A university is not a business and students are not customers.”