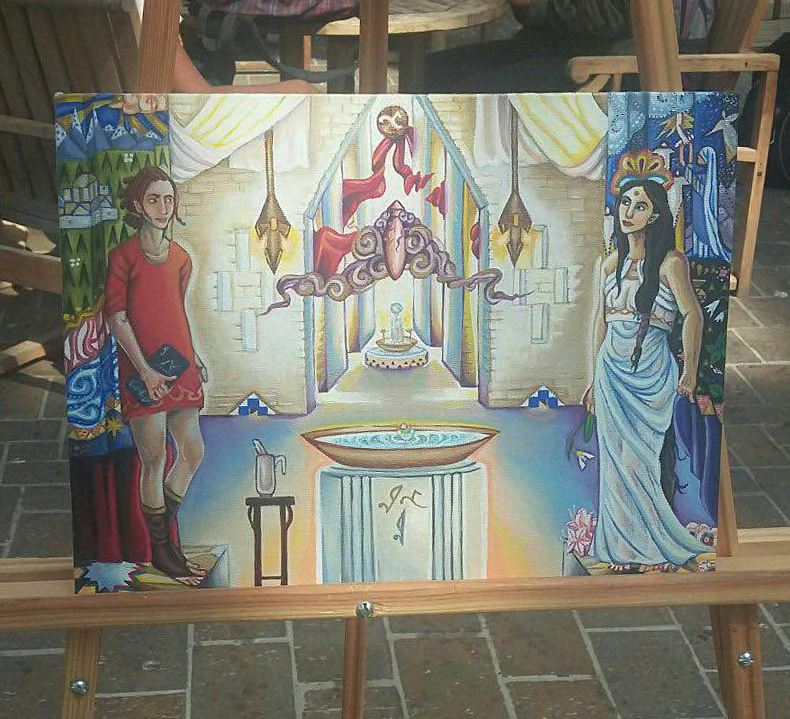 Transgender Visibility Day. The art featured several paintings and poems about the lives and experiences of trans people and their allies. The exhibition was open to submissions from both trans people and cis-gender people to be inclusive.

Senior political science and Mexican American Studies major Bryant Andrade Meza says the group decided on an art exhibition because it was the best medium to show the trans presence on campus. For Meza, the Trans Day of Visibility is about emphasizing trans experiences, “I think the effect we will have on campus is one that does exactly what Trans Day of Visibility is supposed to do, remind the UTSA community that Trans people exist. I hope to build in someway a better relationship between non trans and trans people in the UTSA community.”

Meza hopes that the event will bring awareness to trans issues and open a dialogue that will answer questions people might have. “I think people forget that these are artistic people, people that have a creative outlet, we want to sort of normalize trans people in society, to make it a more welcoming environment.”

Junior pre-business major Emmanuelle Taylor Maher (who prefers the pronouns “they/ them”) said the “T” in LGBT is often ignored by both people in and out of the community. They wants to ensure that people know there is still progress to be made regarding LGBT rights, “a lot of people— allies, gay and non trans people believe that after gay marriage has been legalized we don’t need to make any more LGBT strides but it’s kind of comparing apples to oranges — it’s not the same.”

Though Obergefell v. Hodges (2015) was a win for marriage equality activists, Maher believes there is still more to be done.

According to the National Transgender Discrimination Survey (NTDS), conducted by the National Gay and Lesbian Task Force and National Center for Transgender Equality, 41 percent of trans people have attempted suicide in their lifetime, in comparison to 4.6 percent of the general US population.