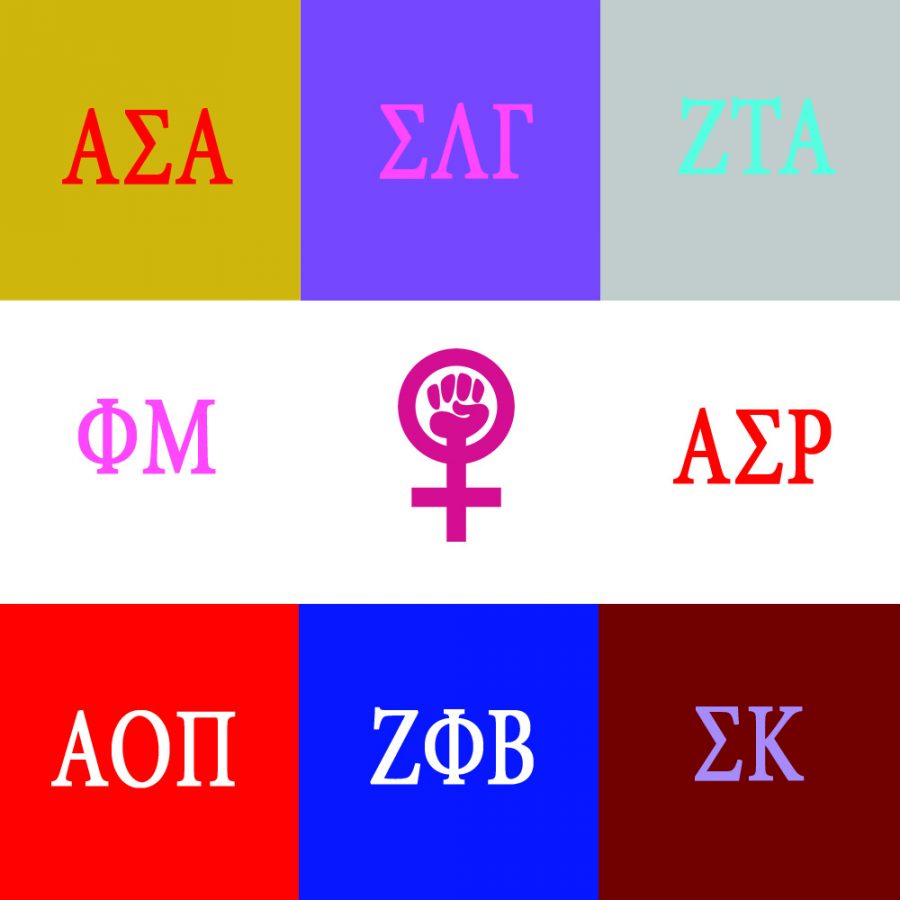 Did you ever think that you would hear the words “sorority” and “feminist” in the same sentence? Does the combination of these words confuse your preconceived notion of what exactly a sorority is? Movies like “House Bunny” and “Neighbors 2: Sorority Rising” depict sorority members as unintelligible, self-absorbed, reckless girls, contributing to the general population’s skewed perception of sorority women.

First, it is vital to define the terms “feminist” and “feminism.” A feminist is any person who supports feminism. “Feminism” is defined as the advancement of women’s rights and social, political and economic equality to men. But first, the practice of feminism begins with women’s empowerment.

Currently, 26 national and international sororities comprise the National Panhellenic Conference (NPC), with around 385,565 undergraduate members in 3,234 chapters. This organization does not include multicultural sororities, as they are part of a different council.

In the NPC Unanimous Agreements List, there are several agreements that all NPC sorority members must honor during collegiate and alumnae status. Most, if not all, of these agreements are rooted in feminist ideals. For example, one of the agreements states that sorority women must “create friendly relations between sorority and non-sorority women.” This agreement demands amiability between all women. Another “prohibits the participation of men during recruitment,” permitting sorority women to conduct recruitment on their own, free of male influence.

However, it is not just the NPC standards adhering to feminist principles. Sororities themselves embody modern feminism in their own practices and philanthropic pursuits. For example, the NPC sorority Gamma Phi Beta actively supports “Building Strong Girls.” Other Gamma Phi Beta chapters search for ways within their own communities to support young women and help them understand their value and potential.

Similarly, the NPC sorority Alpha Chi Omega’s official philanthropic endeavor is “Domestic Violence Awareness.” Not only does Alpha Chi Omega work to raise awareness among its own members about domestic abuse and educate them on building healthy relationships, but members dedicate their time to serving individuals and families impacted by domestic violence as well.

Sororities do not stop at their philanthropies. For example, five NPC sororities (Alpha Chi Omega, Alpha Sigma Tau, Delta Gamma, Kappa Kappa Gamma and Tri Delta) have recently collaborated to raise awareness on bystander intervention and combat sexual assault. By collectively creating an online educational program about a taboo topic, these sororities are bringing to light important issues that impact so many women.

Sororities have evolved and are becoming significantly more progressive. Each sorority focuses on a particular issue and strives to create lasting change. Not only do they hold themselves to the feminist ideals of the National Panhellenic Conference, but they create their own unique practices to serve as women unified by a feminist force that empowers all. So next time you hear the word “sorority,” I hope that the connotation that the word holds is a positive one.