UTSA women’s basketball scores on and off the court 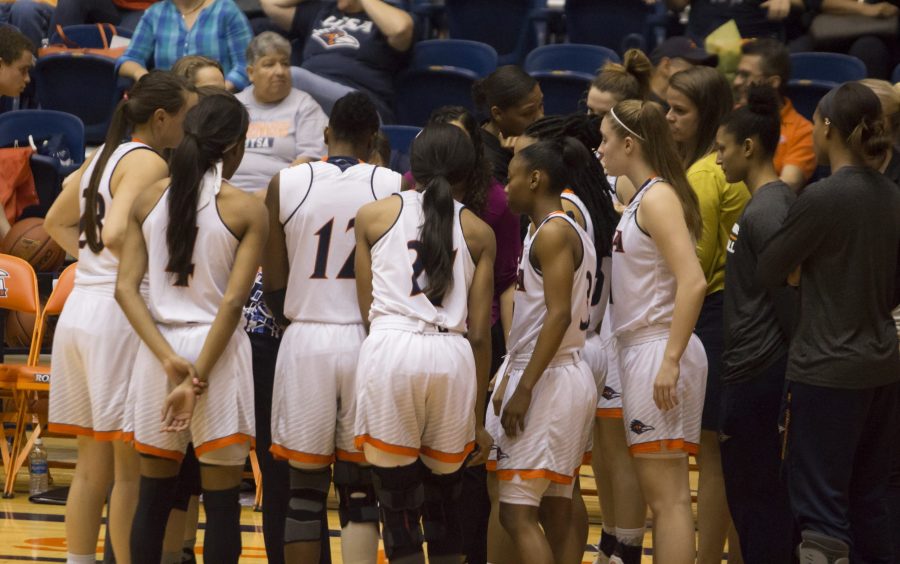 Jade Cuevas
The UTSA Women’s Basketball team works hard to perform on the court. But the Runners now have something else to be proud of: academics.
On July 12, 2016 UTSA’s women’s basketball team, along with eight other Conference-USA (C-USA) teams, were praised for their academic achievements in C-USA’s Institu- tional Excellence and Sport Academic Awards.

The team was honored with the Sport Academic Award for the 2015-2016 academic year with a team cumulative GPA of 3.309. The award is a first for the team, making for a very pleased Head Coach Lichonczak (or Coach Lubby as he’s often referred to by the players).

“The team is very proud of the award,” Lichonczak said. “To win an award for UTSA among the entire conference is something they’re very proud of.”

These medals are awarded to student-athletes with cumulative GPAs of 3.75 or higher. Of the 2015-2016 academic year, 36 UTSA student-athletes received the award UTSA Women’s Basketball players Sara Anastasieska, Carlie Heineman and Dempsey Thornton were three of the honorees.

“Those three players, especially, have very high academic aspirations,” Lichonczak said. “Dempsey Thornton has just been a model student-athlete at UTSA. I think they all have served as role models for the other players to emulate.”

While the UTSA Women’s Basketball team plans to continue its efforts in the classroom, Coach Lichonczak remains one happy coach. “The players have taken it upon themselves to accomplish this,” Lichonczak said. “I’m very proud of them.”