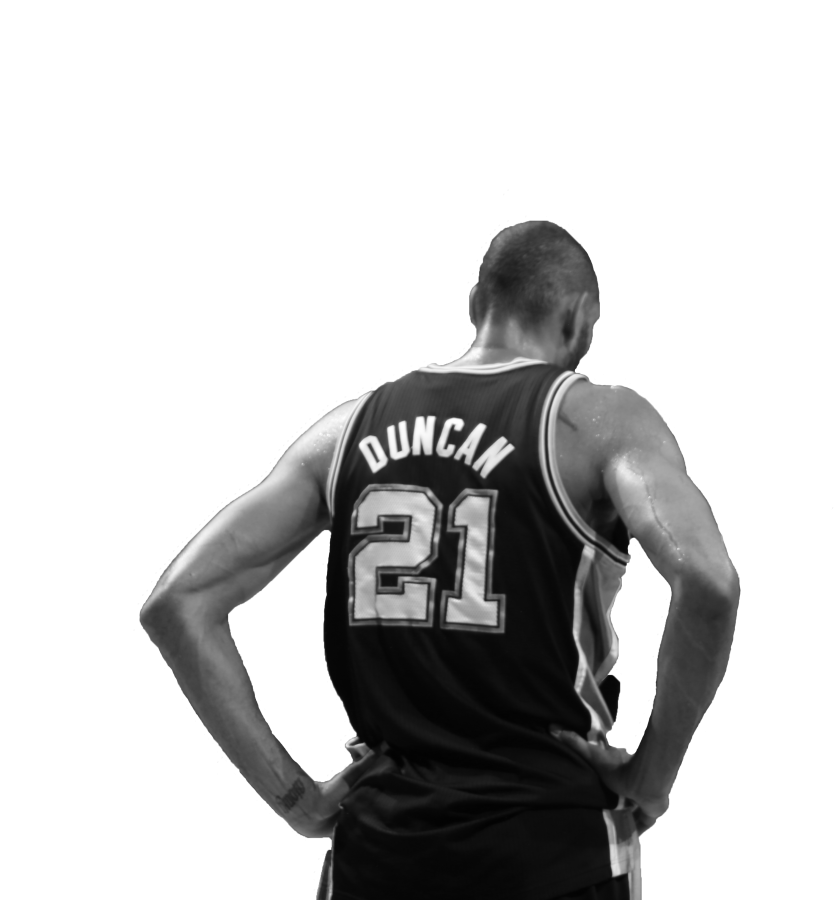 San Antonio’s off-season has been nothing shy of eventful. Although the announcement of Tim Dun- can’s retirement did not come as a complete shock to Spurs fans, the news was definitely hard to accept and meant big changes were on the way.

While Duncan’s decision was supported by his team- mates, coaches and fans, it left many wondering what the Spurs might look like in the upcoming season and the years to come.

Having already started to prepare for the days with- out their long-time power forward, the Spurs made crucial moves over the summer. With the trade of Boris Diaw to the Utah Jazz and the addition of several new faces, both young and seasoned to the roster this season could be the most pivotal the Spurs have seen in some time.

While most hope a younger roster will bring some much-needed quick- ness and athleticism to the team, others fear that too much rawness could work against the Spurs.

Nonetheless, San An- tonio has recruited some significant talent that could give naysayers a reason to think otherwise.

First, and arguably the most anticipated young addition, is 19-year-old Dejounte Murray. Selected 29th overall by San Anto- nio in the 2016 NBA Draft, the 6’5” rookie has alreadyproven his worthiness in the Spurs Summer League.

While Murray still needs to develop consistency, he is a fast decision maker who can drive the ball to the rim with little assistance.

After a few years on the team, and some lessons from Spurs shooting coach Chip Engelland, Murray could very well be the next Tony Parker.

As Boban Marjanovic’s replacement, the 245-pound center has demonstrated plenty of talent to get excited about in his past two seasons with the Magic.

Although he did not get much playing time, Ded- mon was still able to show off his strong defensive skills and grab plenty of boards. Not to mention, Dedmon can throw down some impressive dunks.

Then there is 23-year- old forward Davis Bertans. Originally drafted by the Indiana Pacers in 2011 be- fore San Antonio acquired his draft rights, Bertans has spent the past few years developing in Europe. The work has definitely paid off. He has become a threat from beyond the arc, which is pretty impressive for someone who is missing a finger on their shooting hand. Because his playmak- ing skills could use honing, Bertans’ primary role for the Spurs will most likely be to post up behind the three-point line.

Also joining the squad is Livio-Jean Charles. Similar to Bertans, Charles has been sharpening his skills in France since he was drafted by San Antonio in 2013 as the 28th overall pick.

At just 21 years old, he is quick and agile around the basket with the ability to face up and get by his man and to the rim.

Finally, stepping away from the youth movement, the Spurs have chosen Pau Gasol.

The former Chicago Bull center will be a helpful tool in guiding his teammates through what could be an experimental season.

Since Gasol is 36 years old, his basketball career could be reaching its end within the next few years, but the determination to finish his career out strong could make him a big factor on and off the court.

Like many, Gasol has watched the Spurs execute time and time again, making it to the NBA Playoffs for the last 19 seasons.

Although Gasol may not have much defensive presence his strong offensive game, complemented by Aldridge and Leonard, will be enough against future opponents.

It will take time to adjust to life without Tim Duncan, but rest assured the Spurs will not fall apart without him.

Because of the high standards Duncan established for the Spurs early on — consistency, excellence and

selflessness — he leaves behind a team that is more than capable of continuing the culture of success in the franchise.

The Spurs have assembled a roster that will not only dominate as usual, but also one that will continue the legacy that was, is still and will always be— Tim Duncan.