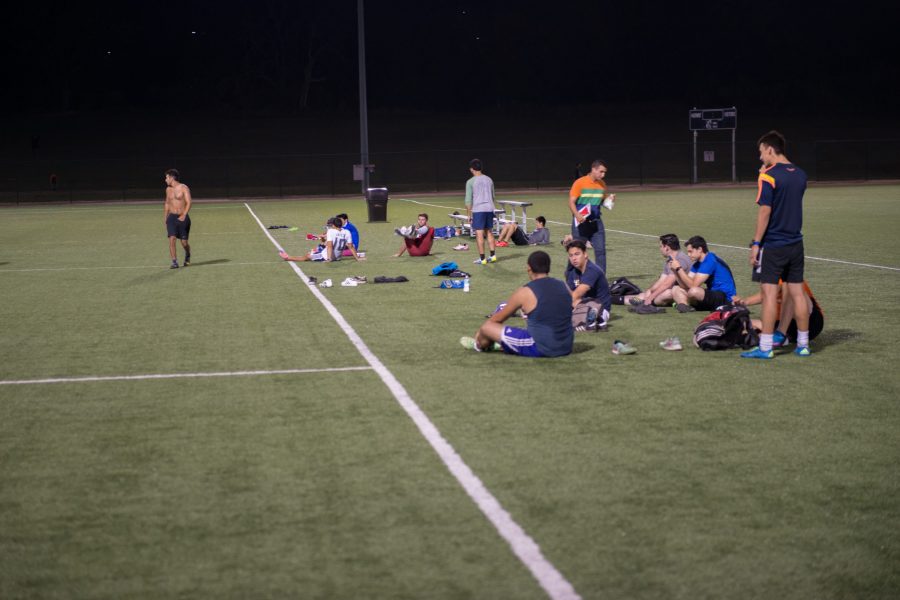 As the 2016 fall semester gets underway, club and intramural sports around UTSA are set to kick off, and the excitement has never been higher. Officials and athletes alike are in the final stages of preparation and are looking forward to the swirling, exciting madness of recreational sports that lie ahead.

UTSA offers an incredibly wide variety of intramural and club sports for students to participate in.The difference between the two is that club sports give students the opportunity to travel and compete with other schools’ club teams while intramural sports offer plenty of friendly competition within the UTSA campus community. So whether you’re a former high school tennis player or a Harry Potter Quidditch junkie, there are loads of fun and competition to be found.

Pay a visit to the tennis courts on any evening, and the perfect blend of quiet excitement and anxiousness will greet you the moment you step foot onto the complex. Why? Club Tennis is on the brink of its season as they began play on Saturday, Sept. 10 in Houston, followed by six more tournaments throughout the semester in locations including Beaumont, Austin, Denton and Corpus Christi.

“I’m definitely excited for the tournaments,” said UTSA freshman and member of the competitive club tennis team Andrew Collamore. “It’s a bonding experience. You’re out traveling with all of your friends, and it’s just a team-building experience. I hope to rekindle the fun I had playing high school tennis.”

Rugby season is also on the horizon for both the men’s and women’s club teams. The women will take on Angelo State in their season opener on Saturday, Sept. 24, while the men open up their season against Texas State on Oct. 8. Sophomores William Wallace and Alex McCarty are both ecstatic about the upcoming season.

“I’m looking forward to seeing this team grow together, and I want to develop more of a leadership role this season,” said Wallace. Rugby is t physically demanding and rough, but this year’s squad seems ready for the competition.

Unlike the sport itself, the atmosphere surrounding the team is not demanding in the slightest, according to both Wallace and McCarty. They explained that no experience is necessary to join; they always want to encourage people to come out and play.

On the intramural side of things, indoor soccer began on Sunday, Sept. 11. Men, women, co-ed, fraternities and sororities all have their own respective leagues within the sport. Although intramurals are thought of as being more laid-back than club sports, don’t be fooled. Competition in recreational play can be both tough and intense at times.

Just because it isn’t the World Cup doesn’t mean anyone is going to take it easy on the field. 7-on-7 flag football and volleyball will be coming up later in the semester. So if you’re interested, be sure to check it out and create or join a team. Anyone can play! This upcoming season of club and intramural sports definitely looks promising at UTSA. If you’re someone who wants to bring out your competitive nature, don’t hesitate to take advantage of these opportunities.