Catch a tune at The Phantom Room 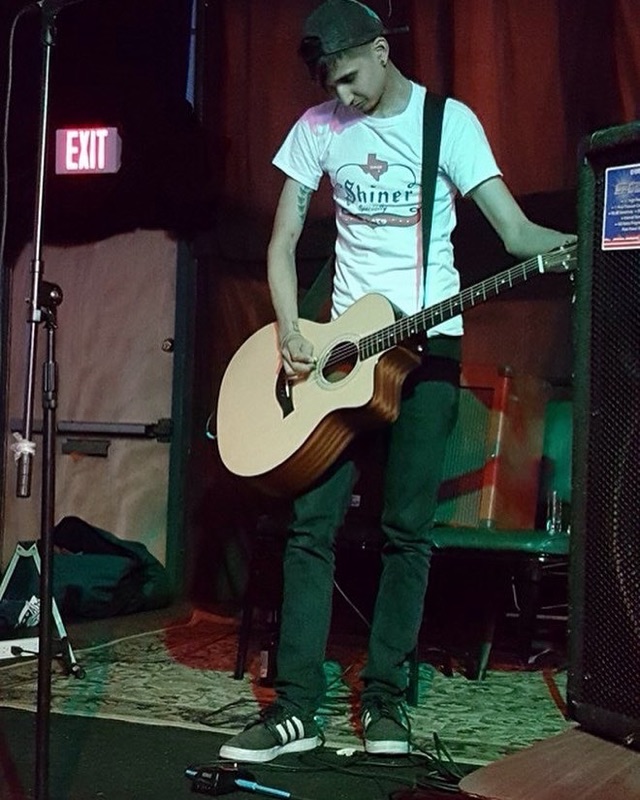 Tuesdays are usually laced with school night studying or sleep for work the next day.  However, Tuesday night on Sept. 13, The Phantom Room at 2106 N. Saint Mary’s St. will be hosting three bands and a DJ hugely popular in the San Antonio music scene. With Chicana punk rock band Fea, glammed out horror alternative rock band Chasca, acoustic punk god Michael Turnini, and artist/singer Wayne Holtz, The Phantom Room will be nothing short of a spectacle to give music fans something to talk about in the days after. This radiant club is perfect for both dancers and rockers.

The Phantom Room is the purple building right on the corner of St. Mary’s St. and W. Grayson St. with two main rooms and an outdoor area.  The first room is more of a hip-hop/ dance club where many DJ’s come to perform for the nightlife that comes to the St. Mary’s Strip.  The DJ that will perform on Tuesday is  Gabe Garza from Southtown Vinyl and Deep South Collective.  Walk straight into the next room and you’ll find a stage to the right and stairs that lead to an open room with a bar to the right. In this room, more bands play to their fans although DJ’s are known to shake the walls with amplifiers raised to eleven!

Opening the show will be UTSA alum and folk punk master, Michael Turnini.  This one-man band from Shiner, TX already has two EP’s out and is a regular around the San Antonio/Victoria/Shiner scenes and just finished a mini-tour in Texas.  With a loyal fan base, Michael Turnini will wow the crowds when he gets on stage at 9:30 P.M.

Chasca is a glam, alternative rock band that doesn’t shy away from the flute, or the imagery of Rocky Horror Picture Show. This five-piece band from San Marcos have been touring all over central Texas and built enough of a loyal fan base to recently record and release two EP’s and is ready for the loving San Antonio crowds as they will go on at 10:30 P.M.

Fea will be one of the featured bands playing tonight. This Chicana punk band blends Spanish and English with their songs while unleashing their politically infused aggression that creates a wall of sound to hit you hard where it really hurts.  Gaining a popular fan base, Fea eventually caught the ear of the likes of Joan Jett who signed them to Blackheart Records. With an EP, “Zine,” out and a subsequent LP being released in July, Fea is ready to take on all the posers in San Antonio Tuesday night at 11:30 P.M.

Lastly, Wayne Holtz will perform.  His theatrics on stage are combined with his singing and dancing to create an aura of artsy bliss.  With the last show starting at 12:30 A.M. the next morning, Phantom Room has a night of great performances and colorful characters. The stellar mixed drinks and diversity of music preference rooms, anybody can find fun in this boisterous club. Tuesday night’s cover charge is only $2.