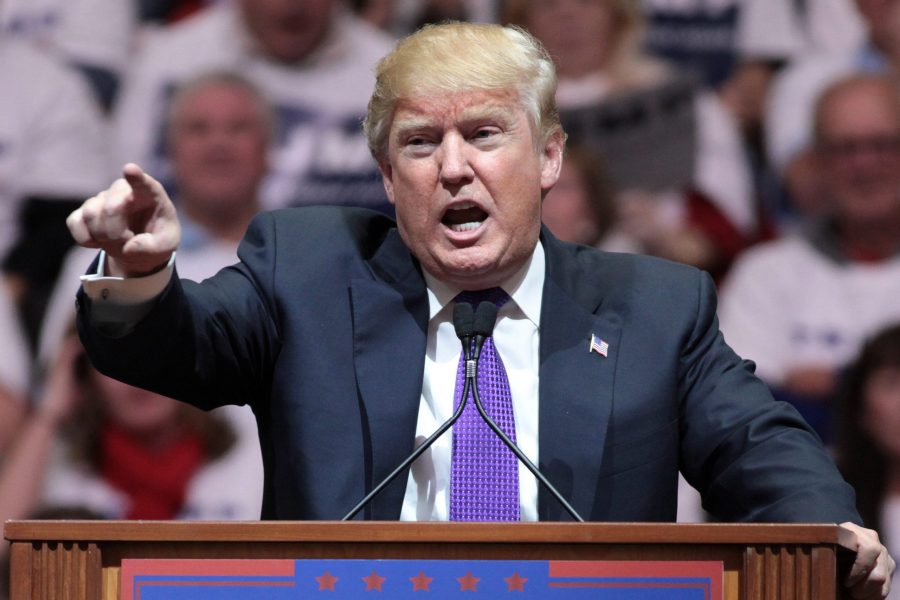 According to a June poll, only 2 percent of Mexican citizens have a favorable view of Donald Trump, and, in light of some of the comments Trump has made throughout his campaign, this statistic likely comes as no surprise.

“They’re bringing drugs. They’re bringing crime,” roared Trump as he announced his candidacy. “They’re rapists.” These comments regarding Mexican-Americans kicked off one of the most radical and unprecedented campaigns in American history, and it was with these racially charged statements on his platform that Donald Trump set off for Mexico to visit with President Enrique Peña Nieto in late August.

The former First Lady of Mexico’s comment on the unexpected trip sums up that of Mexico’s citizens nicely: “Mr. Tump, although you have been invited (by President Peña Nieto), know you are not welcome.”

To me, the question is this: why did Trump go when his hosts were so reluctant to receive him? Wouldn’t the backlash he might (and did) receive from Mexican nationals reflect poorly on his ability to serve as our nation’s foremost diplomat?

Many followers of the election presume that Trump’s visit was an attempt to appeal to the latino population that he’s so effectively alienated. Others believe the trip was a chance to showcase the diplomatic capabilities that a skeptical general electorate and critics purport he lacks. Yet another theory holds that the visit was a chance for Trump to reassert his hard-nosed stance on immigration to appease angry Trump fans, who were infuriated by his recent claim that his immigration plan could use some “softening.”

My guess is that he was driven by some combination of them all and was using President Peña Nieto’s invitation as a stage from which he could revive his flagging campaign. The peaceful yet firm visit with President Peña Nieto was a big win for Trump and a source of outrage for the Mexican people. And to the delight of Trump fans, his visit and the Arizona immigration speech that followed paid off; a CNN poll conducted shortly afterwards put Trump in the lead over Hillary Clinton.

What shocks me most about Americans’ response is not that prospective voters responded favorably to the actions taken and claims reaffirmed during his trip—this outcome was merely the expected product of a calculated move made by the Trump campaign.

Rather, what surprises me is that the recent ambiguity surrounding Trump’s proposed immigration policy is so quickly forgotten, and his racist comments so readily forgiven. Not all, however, are so quick to forget.

“I think what he had in mind to begin with hasn’t changed. I think the fact that he’s softening, he’s definitely just doing it for the popularity,” says freshman nursing major Rubi Cervantes. Cervantes shares the sentiment of many Latino-Americans disregarding Trump’s recent, last-minute attempts to court minority groups, claiming that “any positive things he’s saying is probably a lie. Everything he’s doing is a strategy to move forward in the election.”

That this sentiment is common amongst Americans is ironic considering how a large portion of Trump’s campaign rhetoric is decrying the evils of the establishment and crooked politicians who care more about the inner workings of Washington than the American people.

Carolina Navarro, a freshman biology major who was raised in a small Mexican town near the border, noted the inconsistency.

“He conveys himself as a family man, but he’s willing to break up other families just because of the immigration status of their parents. And he called those kids ‘anchor babies,’ which is a very derogatory term for those children. And even though we’re here legally, I still get offended because we’re still Mexican. You just don’t say that,” Navarro said.

Enrollment statistics for 2016 report that 48 percent of UTSA students are Hispanic; in 2013, UTSA ranked sixth in the nation for awarding degrees to hispanic students. It’s safe to say that the stance Trump takes on immigration and the attitudes he holds regarding Latinos hits close to home for many UTSA students and San Antonio natives alike.

“I come from a small Mexican town on the border. I was born in Mexico,” shared freshman biology major Beatriz Villarreal. “I don’t think (Nieto) should have invited Trump after he called us rapists and that Mexico brings out the worst. Even the former president was apologizing for President Peña Nieto’s behavior. He’s just a terrible man. I don’t think anything would change him at this point.”

With all of the recent uncertainty surrounding Trump’s character and policy positions, Trump’s ability to win over minority voters could be the difference between winning and losing the presidency. As the November election approaches, it’s our time now to take matters into our own hands and decide: should we stick with Clinton so we can be stronger together, or “make America great again” by taking a chance on Trump?