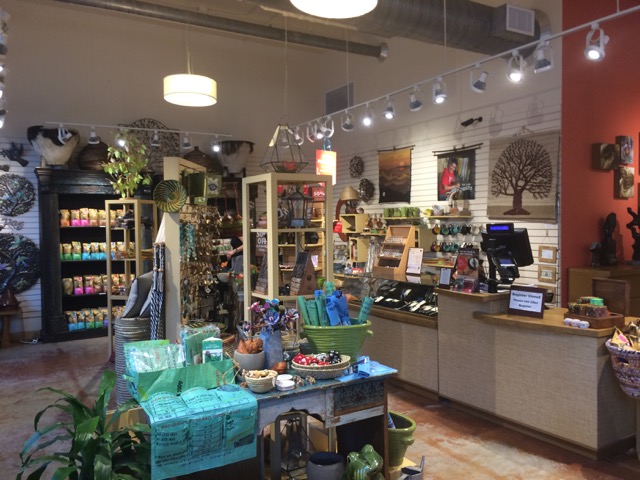 In the midst of the tragic transition from the ease of syllabus week to the reality of sleepless nights binge cramming in the library, it can be extremely trying on one’s psyche. I’ve begun to notice that everyone seems to identify with various different coping mechanisms.

Some might go the route of splurging at your favorite fast food place because one, you don’t have time to eat anywhere else, two, you “deserve it” because you walked the long way to class that day, and three (and lets be real here) you can’t afford anything else.

For me, the best way to distract myself from the petty worries of the world is to detach from my own reality and think of the world beyond my little bubble. I have always believed it to be so helpful that when the weight of the world seems like it’s becoming too heavy, you give yourself a dose of perspective. I am not insinuating that you have to blow hundreds of dollars on a plane ticket and negate all responsibility to join the peace corps (no matter how tempting that sounds). Luckily for us San Antonians, a modified yet effective outlet to become a little cultured and even positively contribute to the lives of others is found in the non-profit treasure that is Ten Thousand Villages.

This amazing and selfless organization is not exclusive to San Antonio, however, it is nonetheless a beautiful eye opener to our community. With 130 Co-Ops in 39 different countries, this particular location at the Pearl Brewery fosters the hard labor and skill of people of all ages from developing countries ranging from Zambia, to Bangladesh, to Uganda (this one is near and dear to my heart) and so many others.

The organization is intended to help these people sell their art and goods to other countries to increase their funding for living, education, especially for women, and developing as an economy. In a nutshell, the way this process works is that these people in the developing countries are paid half of the total it would cost for them to not only make the good, but to also profit from it. Then, once the goods have successfully travelled to other Ten Thousand Villages locations like the one here in downtown San Antonio, the rest of the owed money is sent to the crafters of such beautiful art.

What makes this place so special is that it’s more than just a purchase, its personal. The story behind the families, the merchants, the women and men of my own age who are dependent upon this organization’s contribution to their lives is shared with every purchase. Each story is unique, and every cause for the bettering of their individual societies.

For women in Bangladesh who are victims of sex trafficking, and the countless many women in other countries, this is their reality. They are facing a horrifying battle where they are scrutinized and demoralized because of their gender. And for those who have escaped the terrors of such violence and have an opportunity to work, unequal pay is just another setback they face.

Today, they are being provided the opportunity to make great strides of empowerment for women as a whole by crafting and selling their baskets through San Antonio’s own Ten Thousand Villages store. If that were you who was subjected to such limited opportunity, wouldn’t you want someone from the other side encouraging you that change WAS possible? Wouldn’t you want even the chance to work, learn, and amount to the goals you’ve set for yourself?

And that, my friends, is a small dose of perspective. These girls’ story is just one of the hundreds that have passed through Ten Thousand Villages. There really is no greater feeling of satisfaction and fulfillment than doing something positive for someone else, especially for someone who is in desperate need. And when you do, you just might find yourself feeling a little more appreciative of the freedoms that we blindly take for granted.

That’s why it is so important to be educated of the world around you…even if it’s only through your local Ten Thousand Villages. Humanity is such an inestimable gift. Embrace it. Support it. And try to remember that the “big” problems you may be facing today aren’t always so big after all.