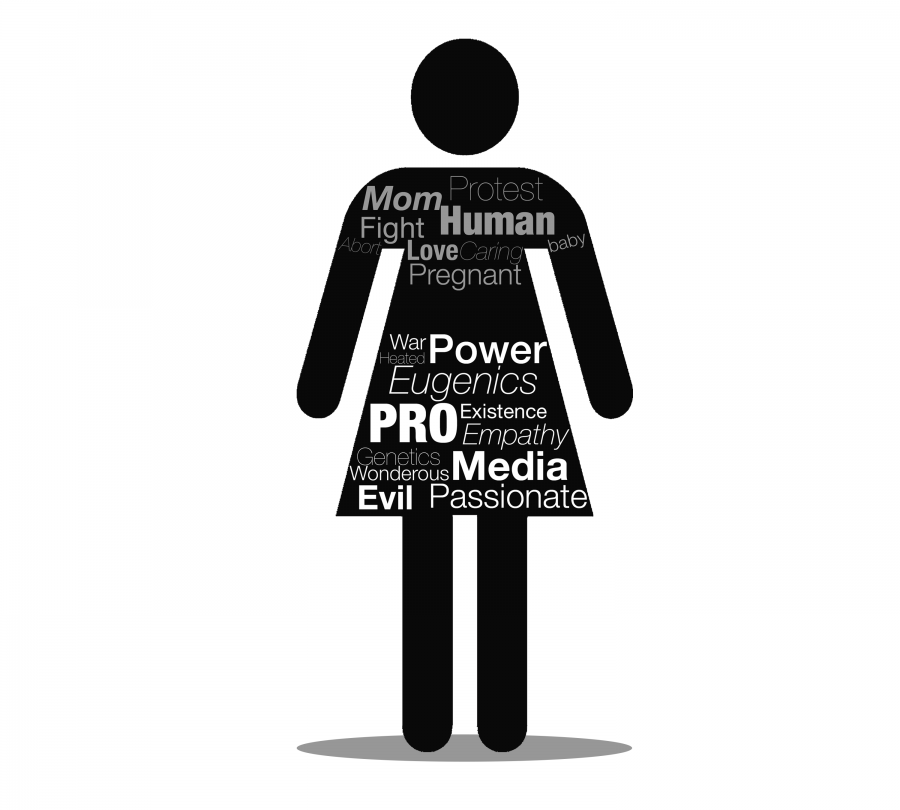 Of all the hot-button issues in American politics today, abortion is arguably the most heated and divisive. Pro-lifers and pro-choicers fight passionately, sometimes violently, for their causes.

In light of this national attention, I believe the media has distorted and misunderstood the pro-life cause, often due to the aggressive and unsympathetic rhetoric of pro-life advocates themselves. In this commentary, I will discuss abortion the way that I was raised to view it—with empathy and respect toward the women and unborn children.

To me and numerous other pro-lifers, abortion is not just taking the lives of unborn babies. In a broader sense, it is also sometimes used as a modern-day form of eugenics. Eugenics is the practice of improving the human race by discouraging those qualities which are perceived as undesirable. Historically, eugenics has been carried out through infanticide, as seen in ancient Sparta whose peoples would expose newborn babies to the elements in order to weed out the weak from the strong, thereby preserving their city-state of fierce warriors.

I do not think abortion today intentionally separates the perceived undesirable qualities from the desirable ones, but this culling happens nonetheless.

For example, when pregnant women go to their obstetricians, some of the first tests doctors run are for congenital genetic defects like Down syndrome. According to a 2007 New York Times article titled “Prenatal Test Puts Down Syndrome in Hard Focus,” 90 percent of expectant mothers abort babies who test positive for Down syndrome, and as this article and many others on the subject point out, doctors often urge these women to abort, stating the baby’s quality of life would be poor.

For people with Down syndrome and their loved ones, this statement could not be farther from the truth. For them, Down syndrome is not a defect; it is just simply a different way of life and certainly not cause for an abortion. As the 11-year-old girl in the New York Times article tried to explain: “I am so lucky I get to do so many things. I just want you to know, even though I have Down syndrome, it is O.K.”

For an 11-year-old girl to have to defend her life and the lives of people with the same condition illustrates how abortion is sometimes a form of eugenics; it is often those babies with perceived undesirable qualities, like Down syndrome and other special needs, who are aborted.

Children with special needs are far from the only babies aborted, however. Pregnancies perceived as “normal” are terminated, as well. According to the Guttmacher Institute, an organization that tracks and researches abortion in the United States, about 1.06 million babies were aborted in 2011 alone.

To put this number in perspective, the Civil War, which accounts for more American deaths than any conflict in history, claimed only half as many lives in its four-year duration than abortion claimed in a single year. What reasons could anyone possibly give to account for that much loss of life?

To be clear, I am not trying to villainize women who have abortions. In fact, I am arguing just the opposite. The majority, if not all, of these women struggle, if even for only a moment, with aborting their babies. According to a Guttmacher Institute survey, the three most common reasons women cite for having abortions are concern for or responsibility to other individuals, the inability to afford a child and the belief that having a baby would interfere with work, school or the care of other dependents.

These women are in a difficult position, and many of them feel that abortion is their only option. I was raised to believe it is the duty of pro-life advocates to show these women other options and help them through, and after, their unplanned pregnancies.

There are several pro-life, non-profit organizations across the nation and around San Antonio that fight for and support women facing unplanned pregnancies, even if they choose abortion.

Feminists for Life is a national pro-life organization dedicated to the idea that “abortion is a reflection that our society has failed to meet the needs of women. (They) are dedicated to systematically eliminating the root causes that drive women to abortion.” Feminists for Life provides financial support for women, providing housing, food, clothing and counseling for women who are contemplating or have already had abortions. They also heavily advocate for lower daycare costs and for colleges and universities to provide free daycare.

Closer to home, Life Choices and Pregnancy Care Center are just a couple of the non-profit organizations in and around San Antonio that provide pregnancy tests, ultrasounds, material assistance (food, clothes, etc.), educational classes, STD/STI testing as well as proof of pregnancy— which is needed to get started with medicaid— all completely free. These organizations want to help women keep their babies if they want to keep them. If they don’t, these centers will provide adoption counseling or refer women to another center for adoption counseling.

I will conclude with this anecdote: When my mother and father were in their twenties, my mom found out she was pregnant. That revelation was devastating news. They didn’t have a lot of money, and they already had two kids, a nine-year-old boy and a six-month-old girl.

My mom looked up the closest abortion center and made her way there as quickly as possible. As it turned out, what she had thought was an abortion center was actually a pro-life pregnancy care center. They talked to her and helped her, and my mom decided to keep the baby. She and my dad have been pro-life ever since.

That baby my mom almost aborted, my older sister, is now thirty years old and is, ironically, a special-needs teacher. That child who was almost aborted now teaches, loves and advocates for the children who are most likely to suffer the same fate she almost did.