You win some you lose some 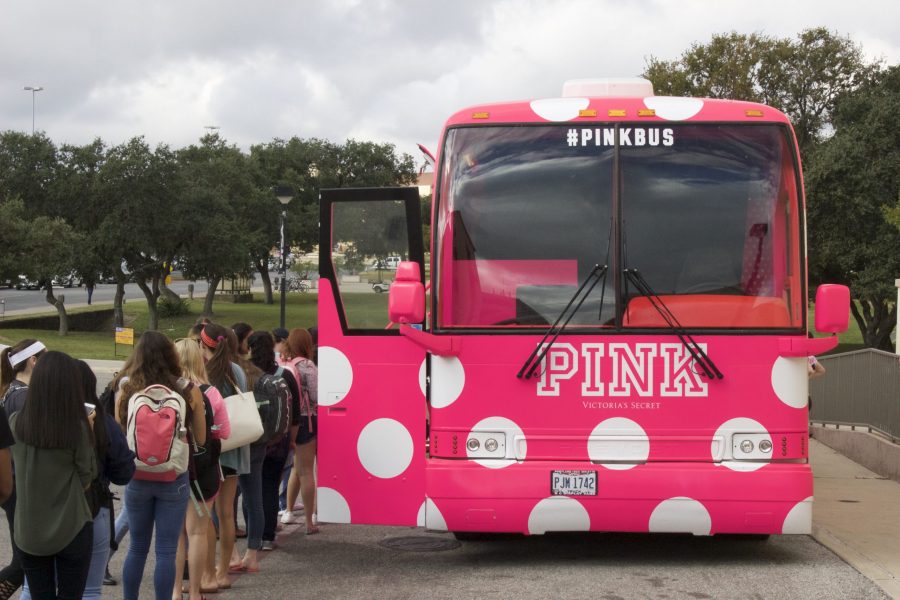 UTSA may have lost this year’s Pink Party, but we won the Pink Bus Tour 2016!

UTSA was one of many that won a visit from the Pink Bus Tour and 20% off their universities’ clothes from the PINK collegiate collection. The spotted PINK bus was parked between the HEB UC on Wednesday and received lots of attention. Many students stood in the frequently long line to take advantage of the sale.

UTSA PINK representatives were present to document the first few ladies to get on the bus on snapchat and encourage students to buy UTSA merchandise for the game that weekend.

“Ever since we won the Pink Party last year, I think PINK has gotten a lot more recognition here in San Antonio, especially this area,” said Allexis Levy, a Pink rep and a senior business marketing major.

“We have so much school spirit and it was so impressive how well we did on all the rounds (for the Pink Concert),” said Kali Liebel, who is also a pink rep and a sophomore business marketing major.

Levy admitted, “I was disappointed… but we will just be ready next year.”

UTSA PINK also sponsored a workout event on Thursday. It was originally supposed to be held at The Rec, but management deemed it solicitation, and the location had to be changed to the Luxx last minute.

Ashley Adams, a group exercise trainer at The Rec, led the group with a “Zoombox workout, which is a workout that combines Zumba and Boxing.”

The Pink Campus reps are planning a watch party for the Victoria’s Secret fashion show in addition to other events that will feature freebies. Stay tuned to their social media accounts to learn about their upcoming events.