The Playhouse presents Disney classic Beauty and the Beast 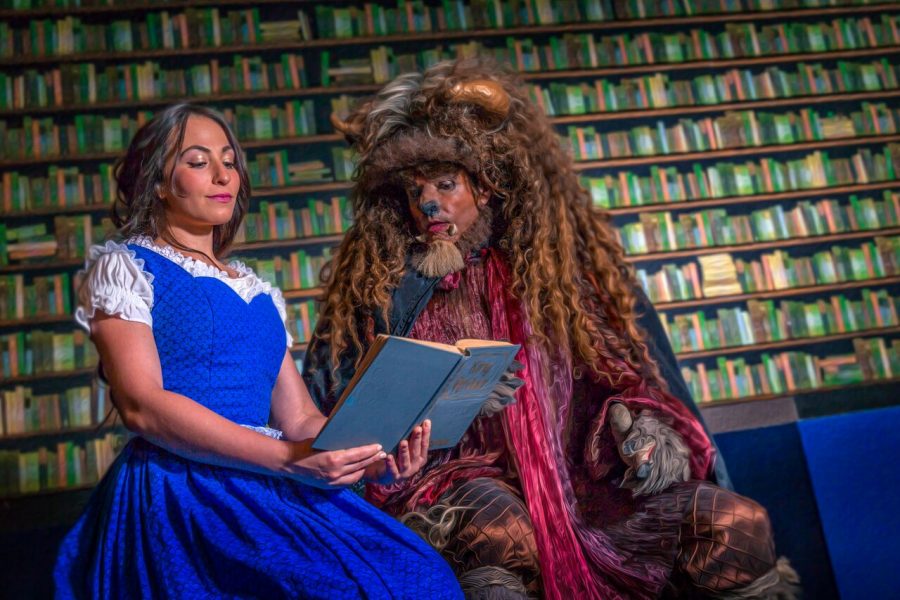 The San Antonio Playhouse located at San Pedro Park on Ashby has housed hundreds of plays since its initial debut as San Antonio Little Theatre in 1912. One of the plays being brought into our hearts is a Disney Classic, Beauty and the Beast.

With impeccable acting, charming sets, fabulous costumes and unforgettable singing, this production, directed by David Nanny, adds up to an amazing evening out comes complete with a bar.

The musical is based on the 1991 Disney movie, Beauty and the Beast. This easy to love classic will make you believe in true love as you watch the unlikely romance bud between Belle (Carlye Gossen), the protagonist, who loves to read; and the Beast (Jeff Jeffers) who is actually a human, cursed many moons ago. However, Belle is constantly pursued by Gaston (Chris Berry), a cocky, burly man that can’t seem take a hint.

“I like how over the top [Gaston] is,” explained Berry. “He’s not only big in stature but very, very big in voice and personality. He’s an egotistical hunter who is conceited, rude… and very handsome.  He also has some dark qualities about him that are fun to explore as well.”
“Gaston has always been a part I’ve wanted to play. It’s one of my bucket list Parts. The songs are great. The character is a lot of fun to play and when the show came up in the season, I knew I wanted to audition for the role,” stated Berry.

Fantastic energy bounces from crowd to stage and back as love and humor mix throughout the play with tons of laughter. As you watch Gossen, it’s like watching swans dance.  Her elegance excites the crowd and she has a singing voice equivalent to a choir of angels. You love with her, you cry with her and you laugh with her ever-so clear presence on the stage.

Jeffers combines hopefulness and melancholy as ying and yang, sweet and sour. His gloomy voice and songs of despair are beautiful. Berry makes Gaston his own with his known arrogance and his selfishness. He commits scene-stealing performances with his ability to humor the audience and capture their souls with his singing.

Courtnie Mercer’s choreography does a great job in entertaining the audience as their eyes get flipped around in amazement, just as the actors on stage do. Music director Jane Haas and the orchestra plays the score humorously and well enough to upstage some of the actors.

“My favorite is probably the scene in the tavern where we perform the song Gaston,” said Berry. “The character has met some conflict with Belle basically turning down his marriage proposal and we see him flustered for the first time here…We have a really fun sequence with beer mugs in the middle of the number that I look forward to every night.”