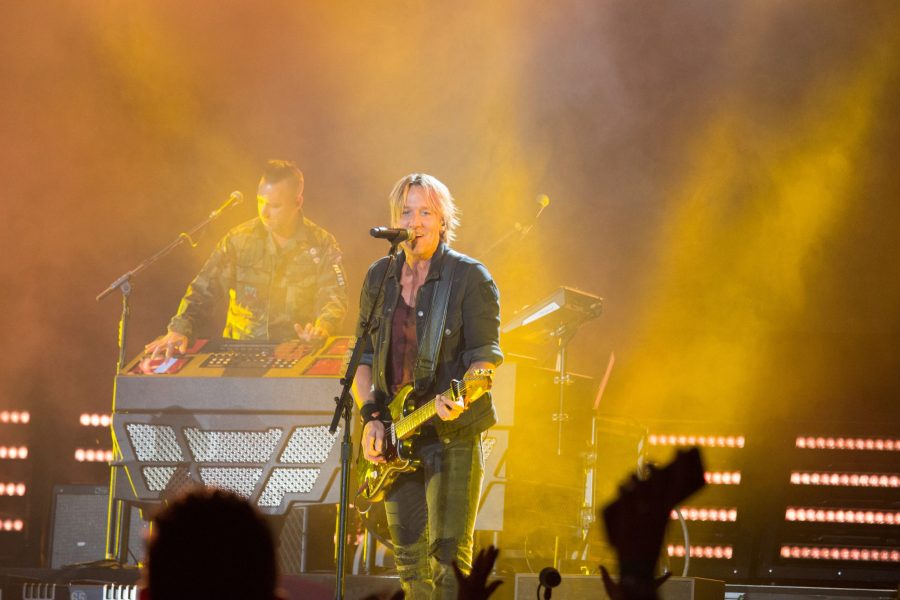 Photos by Jose Santos, The Paisano

Never have I seen so many cowboy boots at one time.

This past Thursday, Oct. 13, Keith Urban dropped by the Alamodome as one of the many stops on his first arena/amphitheater tour in two years for  his eighth studio album, RIPCORD.

Both Eldredge and Morris are fans of Urban and were honored to be part of the tour.

Maren Morris was rejected from the Voice and American Idol and is now touring with one of the most recognizable voices of country music. She recently released her new album ‘Hero’ and performed many songs from it. She acknowledged that as time goes on, more people know the words to her songs and she could not be happier.

Brett Eldredge remembers the times he performed in clubs with crowds numbering up to 500 people, and now he performs in amphitheaters and arenas.

His current single, “Drunk On Your Love,” is the second single from his recently released sophomore album Illinois. His 2013 debut album Bring You Back produced three consecutive #1 singles including the Platinum-certified “Don’t Ya,” the Gold-certified “Beat of the Music”—which was the most-played country song of 2014—and the Gold-certified “Mean To Me.”

He performed “Mean to Me” and encouraged the crowd to “get (their) fireflies out,” to which the audience responded enthusistically by whipping out their cell phones and illuminating the space.

While singing “Drunk in Love,” he passed out roses to the crowd and took a shot of whiskey at one point.

Finally, Keith Urban graced the stage with his presence and a banjo.

He performed many of the songs on his newest album such as “Gone Tomorrow (Here Today),” “Break on Me” and “Blue Ain’t Your Color.”