The only clowns we have to fear are ourselves 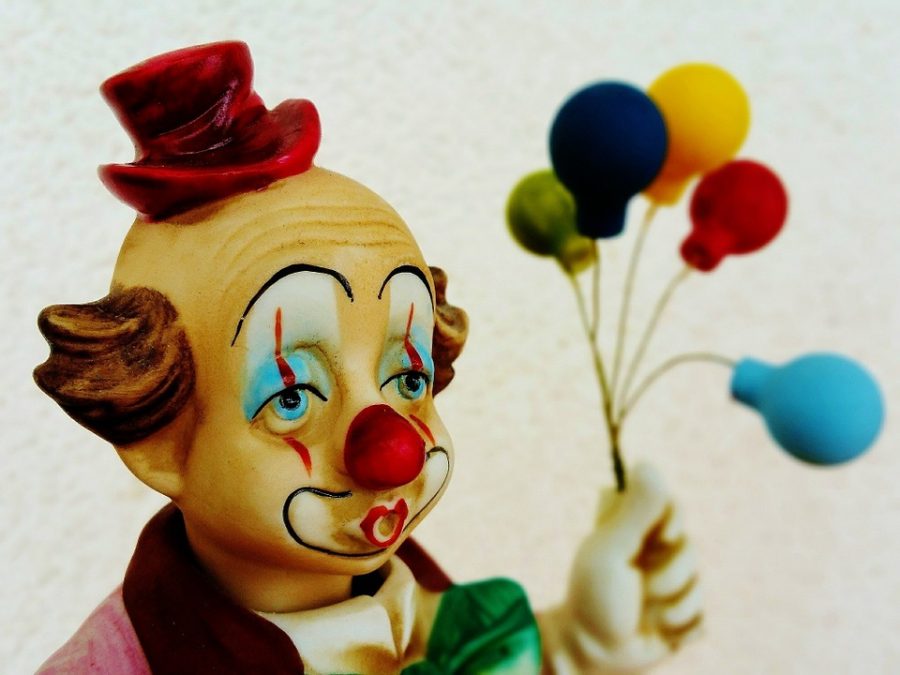 It’s as if the world was suddenly plunged into a John Carpenter slasher film in what can only be described as the invasion of clowns. Recently, clowns have begun lurking in secluded places at night like empty roads or cemeteries to scare unsuspecting people. While some are harmless pranks, others have taken it further by wielding weapons, luring children and even threatening schools.  Clown sightings have spread throughout the U.S., baffling police and terrifying residents.

If you ask older generations what their perception of clowns are, they might recall fond memories of silly, smiling clowns at childhood birthday parties. However, newer generations grew up with a different take on the clown.

The shift from playful party entertainers to macabre demons was relatively recent. The most infamous incident was in the 1970s when John Wayne Gacy, under the guise “Pogo the Clown,” sexually assaulted and murdered at least 33 teenage boys. The gruesome nature of these murders sparked mass hysteria.

The ’80s and ’90s played on the mass hysteria of the demented clown in horror movies such as “Killer Klowns from Outer Space” (1988), “Clownhouse” (1989), “Out of the Dark” (1988) and, of course, Stephen King’s novel and film “It.” These films featured a sadistic side to clowns that has forever warped their image.

In 2016, the advent of social media and viral videos has allowed morose performers to bring these films to life. Various clowns have posted their antics on social media further fanning the flame. It may have started with one but has quickly inspired copycats to follow suit. Some speculate that the clown sightings are part of a viral marketing campaign for the movie remake of “It.” And while this movie marketing may have started the trend, the clown movement has begun to take on a life of its own in the creepiest example of life imitating art.

The worst part is not the clowns themselves but the mass panic that has followed. These clowns have taken our peace of mind hostage. Even those who have not encountered a creepy clown still feel the paranoia as if they had. While it is easy to fall into this wide-spread coulrophobia (extreme fear of clowns), this fear plays into their hands and gives them the power.

It is reminiscent of children’s (and some adults’) irrational fear of the dark. Once they turn on the light, it’s gone. If we detach the fear associated with clowns, they cease to become entities of horror and are reduced to what they truly are: clowns.