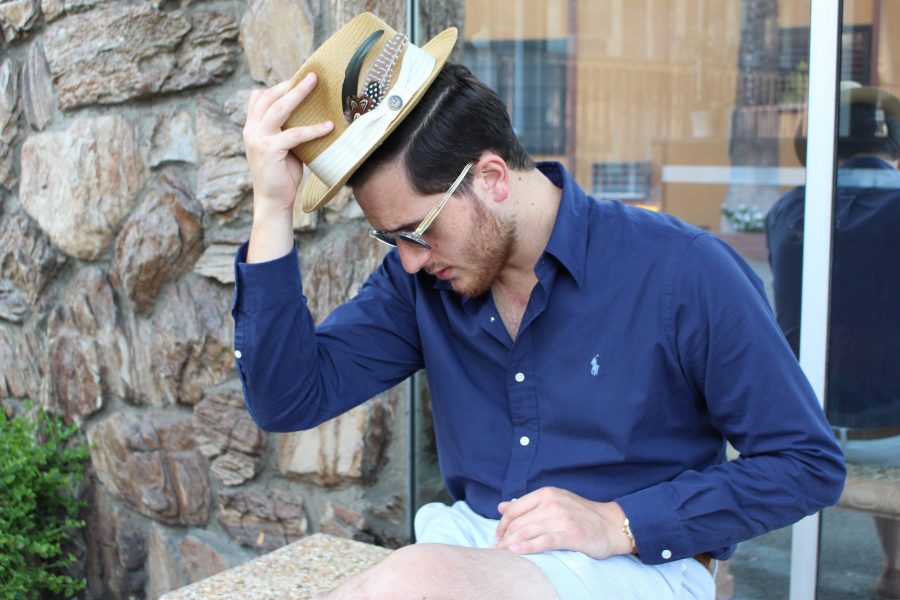 “I was really really nervous. It was the last day of the blind auditions, and I knew there weren’t that many spots left. You’ve ever felt so nervous that all you literally want to do is cry and get it out?” This is was what Ponciano Seoane felt as he stood backstage waiting for the opportunity of a life time: performing on the stage of The Voice for millions of people and for the four superstar coaches: Adam Levine, Miley Cyrus, Alicia Keys and Blake Shelton.

Seoane, a junior business major at UTSA, decided to audition for The Voice in an open call in Houston, TX after getting a text from his mom about the audition.  Although he didn’t think anything was going to come out of his audition, Seoane still auditioned because to him, “you never know until you try.”

After auditioning, Seoane got to perform a beautiful rendition of “Home” by Phillip Phillips during the blind stage of The Voice. His performance was so impressive that it turned the chairs of the two coaches with available spots on their teams. Adam Levine and Miley Cyrus, after turning around for Seoane, fought for Seoane to be on their teams. Because of Seoane’s adoration for Levine’s persuasiveness and confidence,  Seoane chose Adam Levine.

Music has always been part of Seoane’s life. As a child he would memorize all the lyrics of the songs that his mom and dad played in the car. In middle school and high school, where he fell in love with music, he played the saxophone and guitar. Seoane started taking his music career seriously when he was a student at St. Mary’s University—he would sing and play his guitar in the dorms and at the open mic nights. Seoane also played at the main plaza downtown, which opened up a lot of doors for him.

Currently he plays at the Holiday Inn at the Riverwalk in their restaurant’s bar section. Music, for Seoane, allows him to express himself. It’s something that he can’t live without.

Before The Voice, Seoane went to school and worked at the same time and is continuing to do so today.  He would take classes on Tuesday and Thursday, work on Monday and Wednesday, and kept his weekends free to play at gigs. He hopes to use his business degree to further his music career.

Having a music career has been tough for Seoane, but with his hard work and support from family, friends and co-workers, he is holding on and pushing forward. Being on The Voice will allow Seoane to grow as an artist, and he is excited to make the most out of his experience. Whether or not he wins, he will continue to work hard on his music and bring people joy through his songs.

Although Seoane didn’t think anything was going to come from his audition for The Voice, he still auditioned because “you never know until you try.” So whatever it is that you want to do or go for—an internship, audition, etc.—just do it. It’s ok to be nervous, but get up and try.