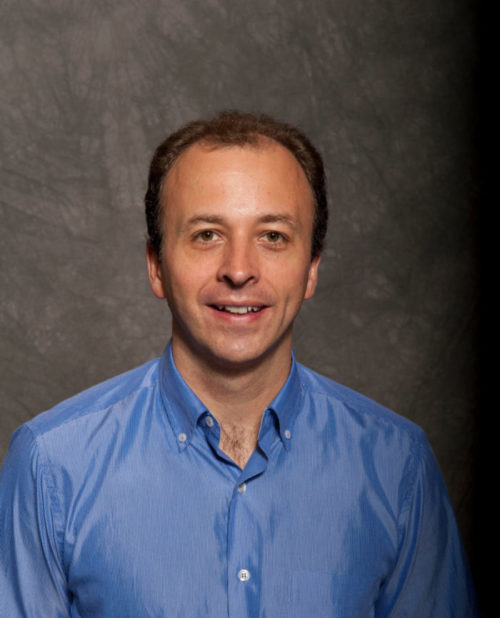 Dr. Packham hopes to play a part in finding life on other planets.

A long time ago in a galaxy far, far away, a black hole was forming at the center of that galaxy. Now, Professor Chris Packham of UTSA and a team of international astronomers have received a $387,214 research grant from the National Science Foundation to observe such phenomena in “real time.”

As a child, Packham enjoyed stargazing with his grandfather and uncle in the South of England. Today, he continues observing astronomical events using cutting-edge instruments. His research focuses on understanding how galaxies form, and the role supermassive black holes play in the formation of galaxies by studying data from light rays that have traveled unfathomable distances.

Over the past few decades, astronomers have discovered supermassive black holes at the center of almost every galaxy and have learned that the mass of these black holes is intimately related to the mass and size of the galaxy. Those discoveries beg the question of how the two affect one another.

To answer this question, Packham and others hope to use the successor of the Hubble Space Telescope, the James Webb Space Telescope (JWST), which set for launch in October 2018, to look further back in time—literally. Because light travels at a finite speed, when observers look at something really far away, the light that reaches them actually left the stars and galaxies millions of years ago. Indeed, by the time light reaches us, we see events that have already happened, perhaps millennia ago. Using this idea, the JWST will enable astronomers to peer further back in time than they ever have before, observe younger galaxies and hopefully gain more insight into how galaxies evolve.

Packham argues that such research is important because any advancement in scientific understanding always results in technological advancements, some of which may never have been predicted, such as the role of gravitational time dilation in ensuring the accuracy of global positioning systems. For one of his other research areas, Packham is hoping to play a role in detecting life on planets orbiting stars outside our solar system, which could have implications on how mankind manages its resources toward intergalactic space travel.

Though there is still much work to be done, in the meantime imagining the possibilities of what humans could achieve in the not-so-distant future is exhilarating. With the accelerating rate at which scientific progress is being made, it is certainly an exciting time to be alive.