Amea to compete at SASG 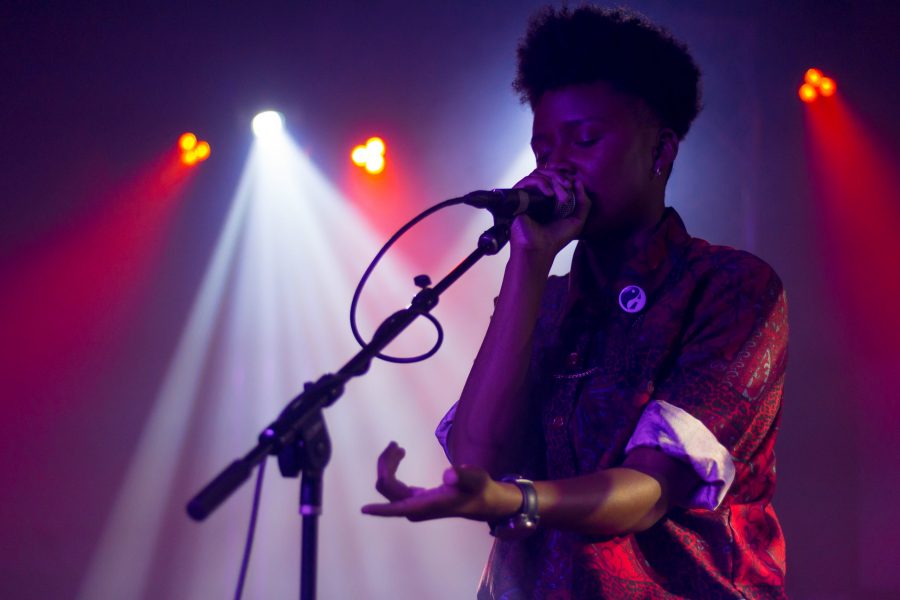 Amea is a UTSA alumn, currently enrolled as a graduate student while pursuing music.

Amea, 24-year-old musician and UTSA alumna, appeared on the music scene in March of 2015 with her first mixtape titled “In The Mind of Amea Vol. 1.” She graduated shortly after with her bachelor’s degree and is currently enrolled as a grad student for sociology. She released her second mixtape titled “Intimacy” in Nov. 2015. In her most recent EP, “Baggage Claim,” she takes the listener on a sociological journey within her mind.

Amea is a Mary Pat & Louis Stumberg Endowed Scholarship Awardee for showcasing her collaborative efforts of intertwining studies in music and the sciences. Her graduate advisor, Dr. Earnest, urged Amea to apply for the scholarship.

“My art is interpreting observations,” Amea wrote in her essay — which can be found on her blog. “So, there is no coincidence that I gravitated toward sociology.” She continued to write about her experiences with other musicians and how this has helped her move closer toward her graduate thesis, focusing on the connectivity of music and identity formulations.

Amea remains focused on both written and verbal academia to continue creating her music and developing timeless and relatable art.

San Antonio Sound Garden’s (SASG) official launch party will be held on Friday, Nov. 11 from 5 p.m. to 11 p.m. at the Alamo Beer Hall in celebration of the new recording studio and coworking space. This free event will allow the public to vote for their favorite artists and bands. The top three candidates will win SASG Production/Entertainment Business Packages that range from $2,500 to $30,000 in overall value. “The prize packages are designed to assist artists in various stages of their careers and may include the recording and releasing of a record, marketing and public relations assistance, the development of a business strategy and much more,” stated on the Facebook event page.

Amea, along with other artists and bands—Femina-X, White Elephant, The Lost Project, Junkie, The Foreign Arm, Young Costello, RANCH \ HOUSE, Rivers Want and The Dirty River Dixie Band—will perform for this opportunity to win, with your vote, one of the three prizes available.

With enough votes at the SASG launch party, Amea’s management team plans to utilize the money to expand her music outside of Texas. If she were to win the $30,000, they plan to record a high quality music video from her EP “Baggage Claim,” buy studio time for a 2017 album, save up for travelling outside of Texas and many other smart business options. Go to the SASG launch party and support Amea to help her reach her musical goals