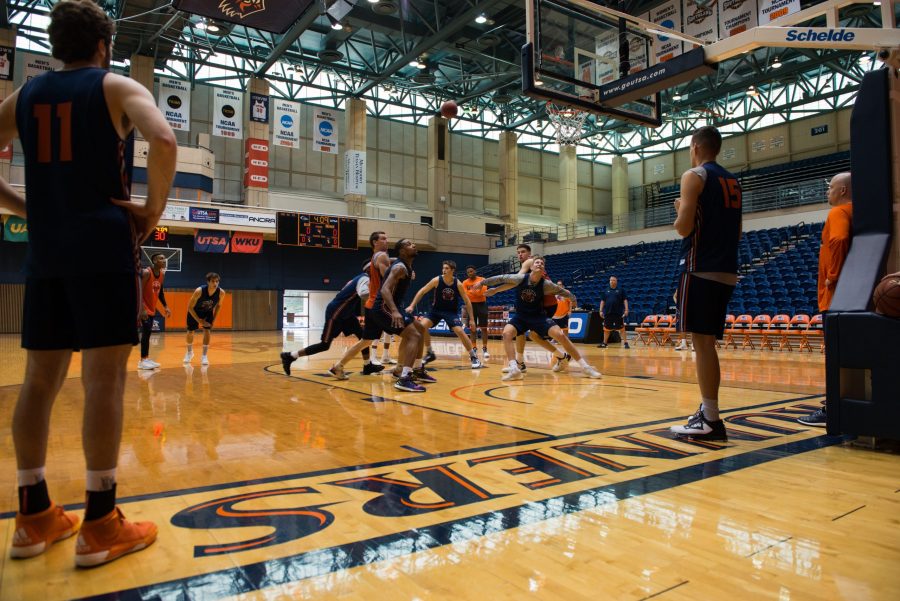 College basketball returned to UTSA on Monday, Nov. 7 with the Runners facing off against Division II school Arkansas Tech in an exhibition game. Led by newcomer Jeff Beverly’s double-double, the Runners were able to edge out a 91-89 victory in the final seconds of the game after rallying from behind in the second half.

It’s a new season, and all eyes are on the UTSA men’s basketball team and new head coach Steve Henson as they aim to make a complete turnaround from last year. To say last season was disappointing is an understatement: it was borderline embarrassing. It’s certainly something all UTSA basketball fans would like to forget.

The Roadrunners had the worst season in the history of UTSA basketball last year, posting a dismal 5-27 record throughout the 2015-2016 season while winning only three games in conference play. Last season’s performance earned the Roadrunners the last spot in Conference-USA.

There weren’t many positives to take away from last season, but if there was a silver lining, it was the emergence of sophomore shooting guard Christian Wilson. He proved to be a major force, averaging 16.8 points per game and 4.6 assists. Wilson, along with former senior Ryan Bowie, carried the offense last season.

But with Bowie off to play for NBA D-League team Sioux Falls, Wilson was expected to be the focal point of the team’s offense. However, after being charged with illegal possession of a controlled substance and misdemeanor assault charges, Wilson was arrested for the second time in late September and is now suspended indefinitely.

The team is unsure when Wilson will be back on the court, if at all. It’s a real possibility that Wilson’s days of UTSA basketball are over, meaning someone is going to have to step up this season to fill his role.

Newcomer Jeff Beverly just might be that player. After putting up 28 points and 13 rebounds in his UTSA debut against Arkansas Tech, it became clear that the junior can be a major force on the inside.

He will be the sixth coach in program history, and he has high hopes for the future of Roadrunner basketball.

The players seem to believe in his system as well; junior forward Jeff Beverly stated, “He’s an unbelievable coach. He came from a winning tradition over there at Oklahoma, and that’s what we want to do. We want to compete and win games.”

The good news for Coach Henson is that he’s taking over a program that essentially hit rock bottom last year, so it’ll be nearly impossible to do worse than last season. The question is how much can they realistically improve after just one season?

“We’re taking it one game at a time. Just game by game,” said Beverly.

“Last season is in the past, and it wasn’t under the Henson era.” Beverly stated.

The Runners have a young team this season with only two seniors on the roster. This leaves potential for development and improvement in the coming years.

Last year is history. The woeful 27-loss season is buried in the past. As UTSA basketball stands on the brink of the new 2016-2017 season, the players are eager to bring a culture of victory.

Roadrunners will have to wait and see what this new season has in store for Roadrunner basketball.