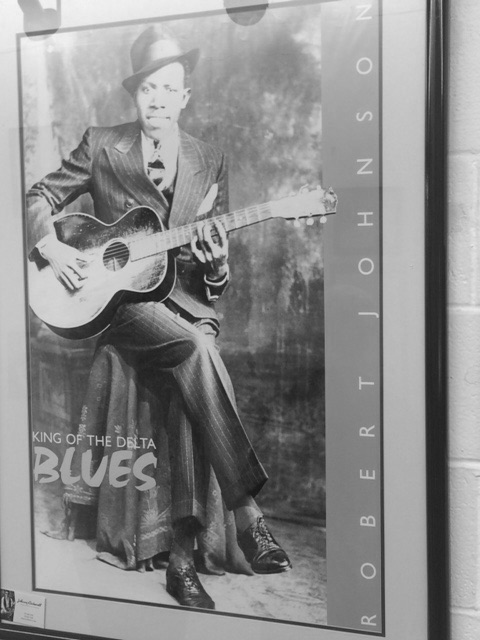 The Legend, the crossroads, the Mississippi-delta bluesman himself, Robert Johnson, was celebrated Sunday afternoon for the 80 year anniversary of his recordings in San Antonio. A special exhibit at the South Texas Museum of Popular Culture near the Witte Museum, payed homage to the legendary bluesman by hosting live blues bands from all over playing Robert Johnson songs, and also by staging memorabilia and replicas of Johnson’s tenure as a musician.

This legend goes all the way back to the 1930s. Robert Johnson is said to have sold his soul to the devil at a local crossroads of highways in Mississippi, his birth state, to achieve success. Friends and family have said that when he came back, he had an impeccable sense of blues with his guitar work, singing and songwriting unmatched than before.

After years of touring and playing in clubs, he recorded 29 songs, all of which were recorded at the Gunter Hotel in San Antonio. Just as he was about to explode in fame, he died just after a show in Mississippi at the youthful age of 27.  It was confirmed that he was poisoned.

His legendary status was imprinted in musical DNA by the many artists that have been influenced by him.  Artists from the blues such as Howlin’ Wolf, Muddy Waters, BB King, Chuck Berry and more along with bluesy-rock bands like Jimi Hendrix, Cream, Eric Clapton, Yardbirds and Led Zeppelin have all been touched by the soul of Robert Johnson’s blues.  Thanks to these artists bringing blues to the masses, artists such as Robert Johnson became immortal even after death.

His Influence has spread far and wide, and his music lives forever in the minds of his fans.  This exhibit is proof of his status among blues gods with timeless photographs and media posters of a time when blues was pure and rare on the radio.  Not bad for a mere 29 songs in his repertoire.