Does it go down in the DMs? 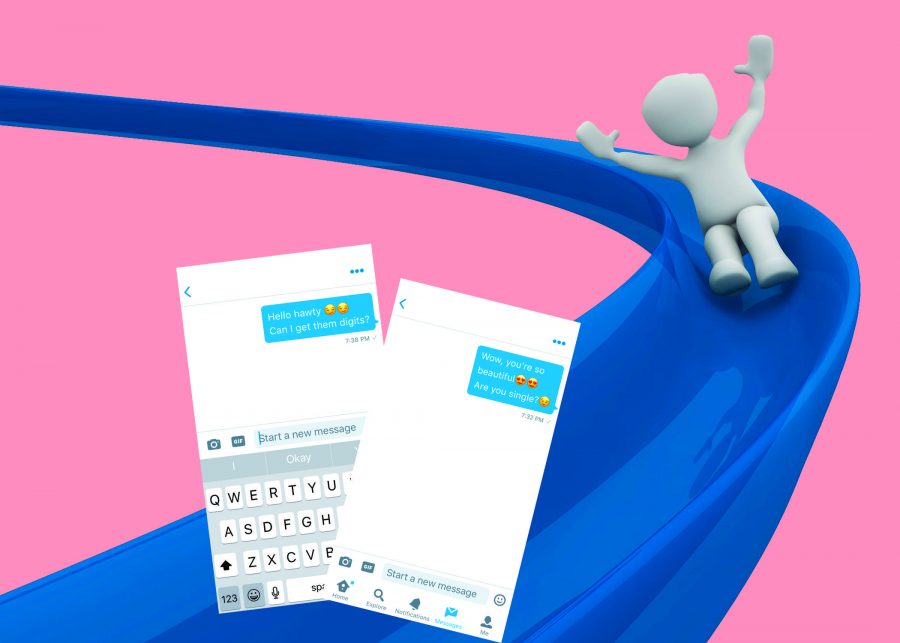 Social media is great if you want to share a special moment or just to get a thought off your mind (and maybe cause a political debate). A strange trend has emerged that I had not experienced until recently: “sliding in the DMs.”

This phenomenon has killed the idea of romance and makes me fear opening certain apps. There’s a reason I hadn’t joined any dating apps and as it turns out, the creepiness of sliding in the DMs was not to exclusive dating apps. What possesses a person to creep on others thinking that it’s okay? I know social media is a way to express who you are, but some thoughts are better left unsaid and certain questions unasked.

Once the question, “are you single?” slides in: run. It’s a trap leading to more unpleasant questions. As a first timer to this situation, I had no idea and the conversation that followed was one of the worst train wrecks ever. Messaging can be fun, just don’t be creepy about it. Many relationships can successfully bloom from this form of communication, but this result seems rare. One night stands and vapid conversations are the common, unsatisfying  result from these apps and, honestly, it’s disheartening.

People often say new generations are ruining love or have the wrong idea on how to find love. Being old-fashioned with dreams of love letters and such, I half agree. Sliding in the DM’s is this generation’s “love letter.” Is it the greatest example with good intentions? Not always. I guess everything evolves over time and ideals change.

What’s the bright side? Talking to someone who thinks you’re good looking, maybe a meaningful conversation or maybe you just get to work on your catfishing skills to see if the person is really who they say they are. Either way, this generation has traded in face to face interaction for swiping left or right on a person’s profile. Hey, at least you can still judge their appearance without having to make up a lame excuse for leaving early.

Whether you enjoy the DMs or find them unfulfilling and unnecessary, it’s something that passes other’s time. Take them seriously or ignore, either way this trend doesn’t seem to be going anywhere. Embrace it, or, like me, avoid it and keep the drama far away.