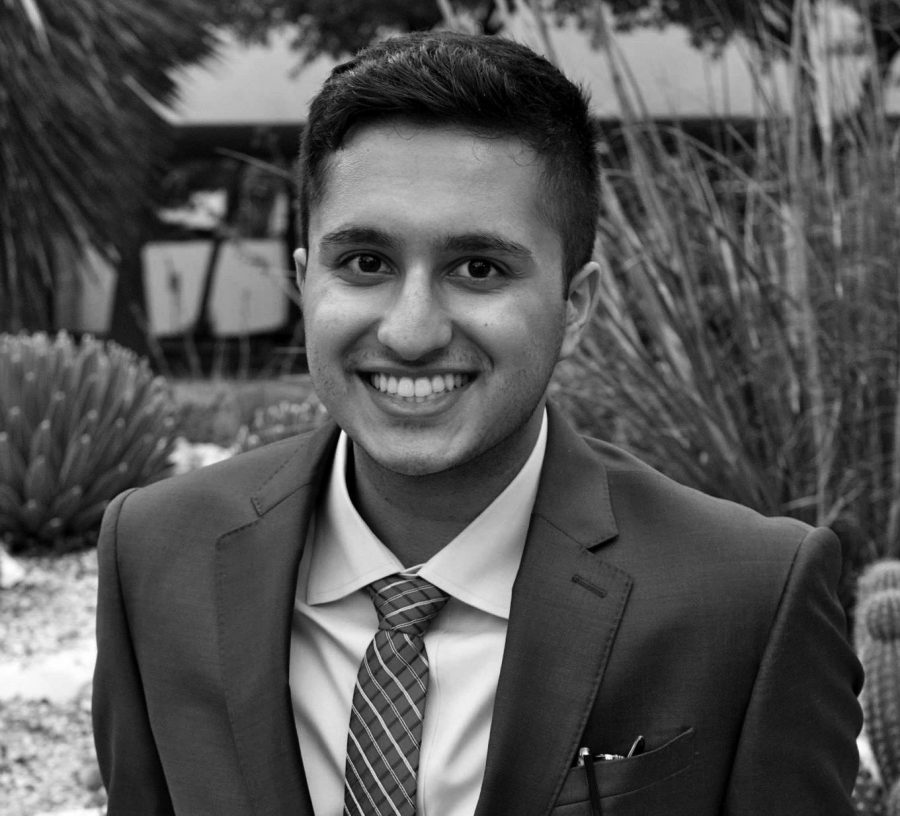 Many universities advised students not to leave the country without seeking counsel.

“The talents that brought them to UT are deeply valued, and their perspectives represent an essential part of the university,” UT President Gregory L. Fenves stated.

Omar Akram, a member of the UTSA Muslim Student Association discussed his views on this and the group’s plans to protest.

I: Have you noticed heightened Islamophobia since the election?

O: Members of our MSA have certainly felt it and witnessed it since the election. You know, over the past couple of months two nearby mosques in in Texas have been set on fire and burned to the ground  in acts of hate. And of course Muslims who are more visibly identified like women who wear hijabs and men who have full beards, are confronted with aggression.

I: Have you or your family been impacted by the rhetoric or recent executive orders Trump has signed into law?

O: If I need to travel overseas I definitely may face questioning like I have in the past at airports, Muslims who have dual citizenship or may not even be full citizens may feel more pressure than I do. My relatives abroad would have a much more difficult time coming here to visit our relatives. All of my grandparents, who are still alive, live in the United States. If anything happened to them healthwise, they have children who wouldn’t be able to see them.

I: Have you spoken to any of your family since the recent travel bans?

O: The extended family, not a whole lot other than through social media, but they often see the same things that we see in the media, and that’s kind of interesting because in other countries, like even in Pakistan for years, for generations, they have had such a great view of America as this land where you go to for opportunity. When immigrants come here they don’t have a bad view of America, they come here because they know they’ll have so many chances to improve their lives and do great things. That’s what America is known for, but just over the last couple of years the perception of America in a lot of countries has changed. A lot of people take America as the land of opportunity with a grain of salt now.

I:  How does the order affect the Muslim community?

O: The main response from the American Muslim community is one of fear. If a ban from seven Muslim majority countries that has never committed terrorist attacks in the United States has happened so quickly, what is going to happen within the next four years? This is just a start, and so the possibilities are limitless and it brings a lot of fear to a community that it just, it just is not justified.

I:  Has the MSA done or (planned) anything to resist in response to Trumps orders?

I: How do you think that UTSA communities can help with this fear? Is there anything the community can do?

O: I don’t know if I necessarily have an answer to that. Sometimes, I feel like we’re at a standstill where our protests only speak to the people who already support our community, who already understand where we come from and the people that need to see these protests are the ones who don’t feel affected by it, you know, they can easily brush it off. In social media we live in echo chambers where the things that we say only reach people who already share our opinion, so I’ve definitely been asking myself what can I, as a college student, as an American citizen, do to make an impact on this issue.

I: Have any UTSA faculty members have expressed care or concern for the Muslim community in light of the order?

O: I am friends with UTSA faculty members on social media and it’s been really uplifting to see a lot of them post about their support of the Muslim community because professors can reach people who a lot of students can’t reach because of how many people they know and their different background. Seeing them use their positions of influence and their knowledge to support what is right and to support marginalized groups, it always makes us feel more hopeful about the situation.

I: What sort of reactions have you seen from your non-Muslim peers?

O: That’s probably the best byproducts of this whole situation is that I’ve been seeing students of literally every background voice their support of the Muslim community and of the immigrant community and of our refugees. Seeing white students, black students, Latino students, gay students, students of every community that you can imagine support Muslims on an issue that doesn’t even affect them, that sort of support is not only inspiring but also necessary because no marginalized group can fight their battle alone and I’ve definitely noticed that in the UTSA community there is support coming from every corner.