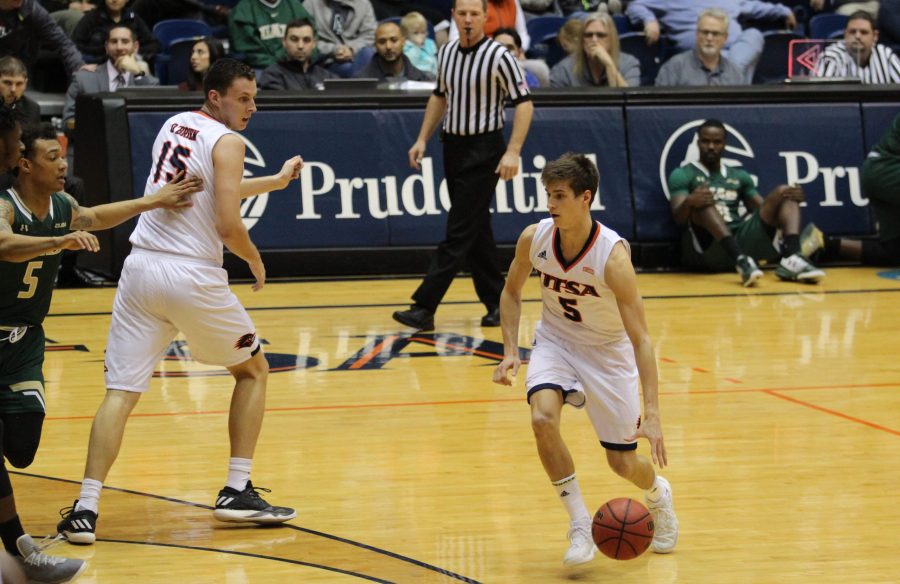 Giovanni De Nicolao is a very crafty and skilled player whose play has been a driving force for the UTSA men’s basketball team this year.

The freshman point guard is third on his team in scoring, averaging 8.5 ppg and first in assists (averaging 2.8 a game). Born in Padua, Italy, Giovanni De Nicolao comes from a basketball-oriented family, and the game has been a way of life for him.

“I’ve been playing since I was four years old..my father played in the pro league of Italy and my brothers as well” De Nicolao said. De Nicolao’s family background and constant practice shaped his game into what it is today.

De Nicalao played for Isaac Newton High School in Camposampiero, Italy and also played for the Euro 2016 U20 Italian National Team in 2016. He placed sixth in the European tournament.

After completing high school and then a year of college at Milan University, he looked to the states to play college basketball and to receive an education while living on his own and experiencing the college life. De Nicolao chose to pursue his basketball career at UTSA because of a great coaching staff, and he is eager to help make a name for UTSA in men’s basketball. The skilled point guard has found a good fit here in San Antonio.

He’s found his role nicely in Head Coach Steve Henson’s system and has thrived as the starting point guard. Of course, he’s a hometown boy when it comes to his favorite NBA team, the San Antonio Spurs. He’s a big fan of their unselfish, European influenced style of ball movement, and it’s easy to see that kind of basketball when watching De Nicoloa play.

De Nicolao has great taste when it comes to his favorite players, Steve Nash and Chris Paul, two all time great point guards.

De Nicolao’s eagerness to be the best player is good news for Roadrunner basketball fans because he’s only a freshman and he continues to improve his game.