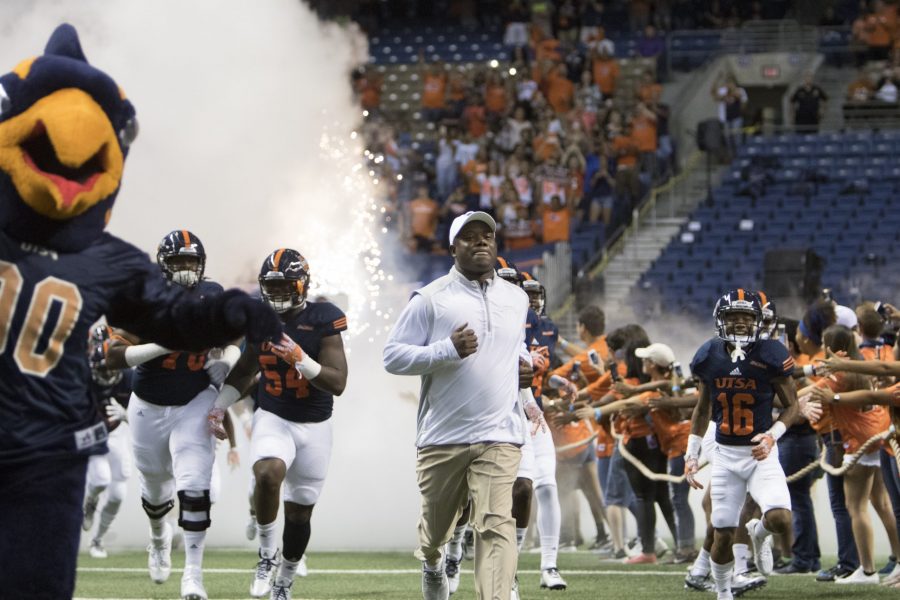 On February 1, National Signing Day, Head Coach Frank Wilson and the squad finished the recruiting season having one of the top recruiting classes in the conference.

The Roadrunners added 23 new recruits this year. That’s up from last year, when the team added 17 recruits during the offseason. The new recruits join an improving team that went 6-7 during the regular season, ranked second in the C-USA-West, and made the universities first bowl game – the Gildan New Mexico Bowl.

Other recruits have signed letters of intent, and will be joining the rest of the team after the spring semester.

The class of 2017 recruiting class is made up of 12 offensive players: two quarterbacks, four offensive tackles, three tight ends, one running back and one wide receiver.

All 23 recruits were named all-district or all conference, and 13 received all-area, all-region, all- county or all metro accolades. 11 earned all-state recognition. Of the 23, 16 are from Texas, two are from California, two are from Louisiana, and one each from the states of Mississippi, Florida, and Indiana.

Spring practice begins in March of this semester, and UTSA’s seventh football season starts in early September against Houston next fall.