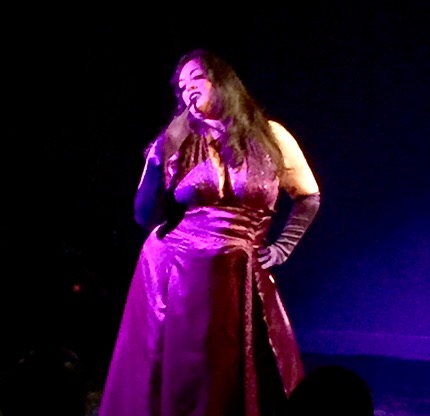 Legislate This! is a burlesque show that fundraises money for Planned Parenthood. The show began when Rick Perry was elected governor of Texas. “Tired of being marginalized and looked down upon for having a vagina, I did the best thing I could think of: hosting a benefit fundraiser for Planned Parenthood!” said Ginger Snaps, founder of Legislate This! Saturday, Feb. 3 is the fourth year San Antonio has hosted this event.

The whole audience came together to support this event and all the fabulous performers. There was a performance where a man walked on a tightrope and did the splits, another performance where a trio gathered around a blanket crafted to represent a vagina while they danced and worshipped it, but most performances celebrated their own individual bodies and showed every person is beautiful regardless of gender, shape, size or color.

Between performances, Foxxy Blue Orchid would grace the stage with his presence and give knowledge of Planned Parenthood.

“Planned Parenthood believes that all people should have access to quality affordable health care regardless of your immigration status,” said Foxxy Blue Orchid. “The reality of this is that a tax on Planned Parenthood is a tax on our larger progressive movement and access to reproductive health for all.” Planned Parenthood is often stigmatized for providing abortions, but the organization offers a variety of healthcare services, ranging from male and female reproductive health to anemia testing; cholesterol screening; diabetes screening; physical exams including for employment and sports; flu vaccines; help with quitting smoking; high blood pressure screening; tetanus vaccines and thyroid screening.

Although the objective of this event was to raise money, the event brought self-awareness to the audience.

“These are times where we are going to find ourselves pushed to our absolute limit and you have to have that one person who will make you actually able to face the next day,” said Foxxy Blue Orchid. He then asked the audience to take a deep breath and picture themselves alone doing their favorite thing. “The only way each and every one of us is going to survive these next four years is if we take time to disconnect, read a book, call someone and schedule a time to sit down face to face. Take time to get educated and informed but to also disconnect.”