Rocket to the future 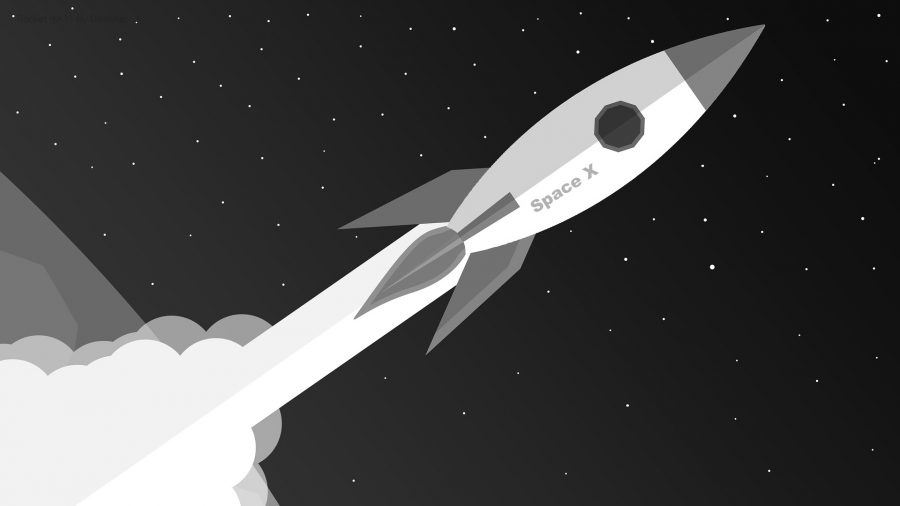 “Space. The Final Frontier.” So begins “Star Trek” a television show about humans communicating with alien species across the galaxy via space travel. Once, space travel was a dream, a creative imagining of a television show producer, then the dream became reality and space missions were televised and operated by the American government.

Over the years, Musk has kept a transparent business when it concerned system and design failures for his Falcon series rockets. This decision has brought with it criticism and apprehension about the risk and cost of space transportation and travel.

On June 28, 2015, while carrying supplies to the International Space Station, the SpaceX Falcon 9 rocket and its capsule broke apart after launch at Cape Canaveral, Fla.

The morning of the Falcon 9 explosion, SpaceX CEO Elon Musk tweeted “Falcon 9 experienced a problem shortly before first stage shutdown. Will provide more info as soon as we review the data.” Then later, the same day: “There was an overpressure event in the upper stage liquid oxygen tank. Data suggests counterintuitive cause.”

Musk has tweeted his failures before, from other Falcon 9 rocket to SES-9 satellite missions. In Feb. 2016, SpaceX made a company statement about its then-Falcon 9 launch that “a successful landing is not expected.”

In Sept. 2016, a Falcon 9’s helium storage system was breached and a quick fire consumed it. After a four and a half month hiatus, on Jan. 14, 2017, SpaceX successfully launched a Falcon 9 that brought 10 satellites into space for voice and data company Iridium.

However, the Government Accountability Office (GAO) reports an issue with the Falcon 9 rocket turbo-blades that SpaceX would have to fix before it can continue Falcon launches in 2017.

In 2018, SpaceX has planned a manned Mars mission and, depending on the upcoming 2017 GAO report, this mission may be delayed, but I cannot doubt its success at a later time.

Through actions such as Musk’s, the small number of private space corporations initiating star travel—collectively called the NewSpace community—can be stimulated to persevere when they have their own mechanical failures and financial losses.

SpaceX’s transparency inspires American explorers of the NewSpace community, reminding them that this new path of exploration will be difficult with hardships and setbacks but is also worthwhile.

Jeff Feige, Chairman of The Space Frontier Foundation (an advocacy group for commercial flight) said about one of SpaceX’s mechanical failures, “Space is hard, incredibly hard, just as aviation and ocean voyages were in their infancies, but with the unwavering determination of companies like SpaceX and the NewSpace community, I have no doubt we will overcome the inevitable setbacks only to return stronger and even more determined.”

NASA Administrator Charles Bolden has commented on a Falcon 9 incident, stating, “Today’s launch attempt will not deter us from our ambitious human spaceflight program.”

We, as students, should apply Musk’s tenacity and integrity to our studies as well. Despite any failure or blemishes in our work, we analyze what went wrong and continue forward to always better the work at hand.