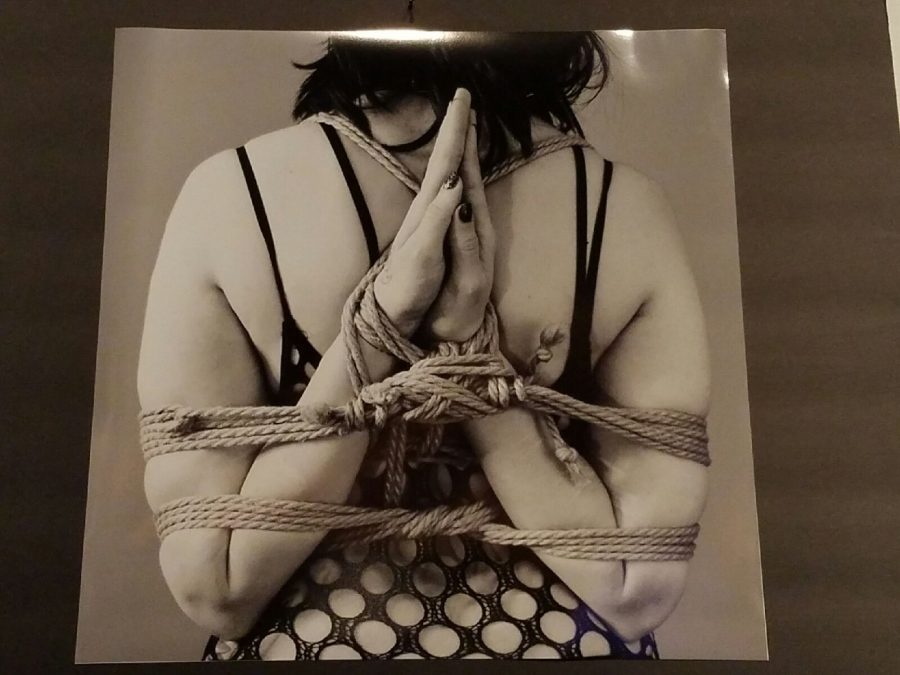 Photographs and artwork were placed along the walls of the venue. Women and men were shown in photographs tied up, strung up and done up in the comfort of a single room. Along with the art and photos displayed, artists and photographers were selling their work for attendees to take home after the night of fun.

Vendors from stores such as La Santa Luna were selling their products at the event for those who wanted to expand their collections. Toys, chokers and masquerade masks were being sold throughout the night—people were even wearing their purchases as soon as they bought them.

The host for the night was performer Wayne Holtz. Between his sets, he waltzed onto the runway with an article of clothing missing every time to tease the audience. Holtz was greeted with a raucous applause from the crowd as his fellow San Antonians begged him to dance and sing more. His performances were breathtaking and awe-inspiring.

Some of the burlesque shows performed included a woman sticking nails, scissors and power drills up her nose; the same woman spinning around in a circle while holding a rope in her mouth with a keg at the end; another woman who extinguished fires in her mouth; and another woman who squatted and held a weight between her legs…well, you get the picture.

The music during the fashion shows switched between eerie, sensual music from artists such as Lana Del Rey, to upbeat techno tracks such as the iconic “Smack My B**** Up” by Prodigy, known for its misinterpreted lyrics “Snap my picture.”

To top off the night, there was a gorgeous black and gold backdrop for attendees to get their photos professionally taken, a “pleasure room” where people could get spanked and free condoms for people to take as they left the venue.

For updates on more events by the boutique La Santa Luna visit lasantaluna.storenvy.com and for a listing of events to be held at Brick visit brickatbluestar.com.