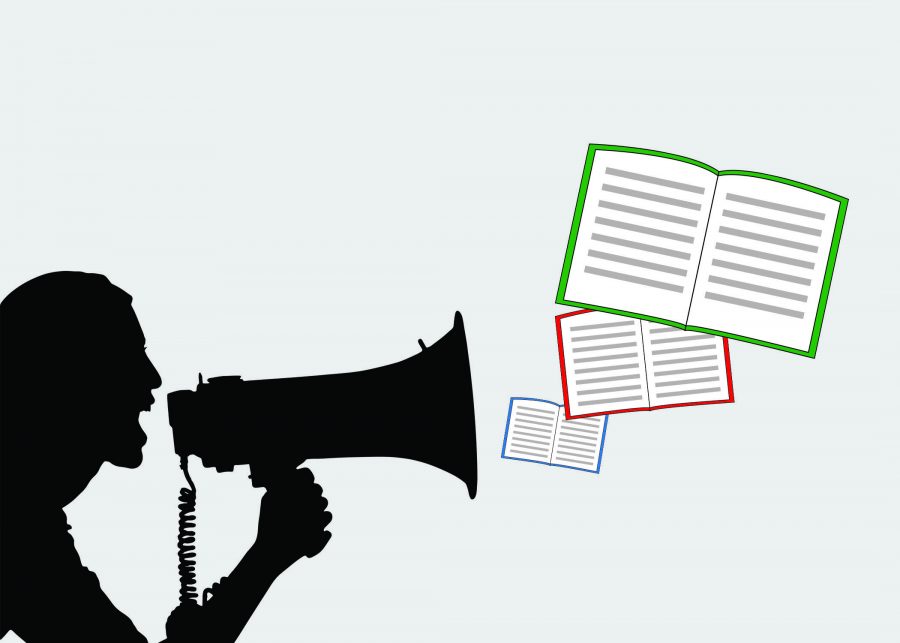 During the Trump presidency, minorities have feared our voices being taken away.  The reality is, our voices have already been taken away and this fight is nothing new in literature. Writers have faced criticism for the language they use to convey their art; Gloria Anzaldúa’s work “Borderlands La Frontera: The New Mestiza” is a prime example.

In a creative writing workshop at UTSA, a student writer was criticized for not translating a word she wrote in her Spanglish poem.The poet was not offended by the comment, but some of the students were. Students felt that if an English word can be defined with a quick Internet search, then the same can be done to translate a foreign word.

No poet or writer should feel obligated to translate their work because people do not understand or do not want to look up the meaning behind a word or phrase.

To translate a work is to kill the work’s spirit. It is the same concept as taking away the voice of minorities. Making a writer translate is saying that the language used is illegitimate and unworthy of being read. What right does anyone have to tell a person that the language they are speaking is wrong or that a poem or story must be in one language?

Anzaldúa, a scholar of Chicana cultural theory and queer theory said, “Wild tongues can’t be tamed. They can only be cut out.”  Referring to her experience of people telling her to stop speaking and writing in Spanish, Anzaldúa defended her right to write and speak without having to translate because her language is a legitimate tongue that should be respected.

There are means to define a word that someone does not understand. Stopping to define a term is what we do in English, so why can it not be done for other languages?

People argue that stopping to define a foreign word takes away from a work, yet we grew up having to look up the definition of English words in a work. What is the difference? Poetry is not meant to be understood on its first read; it has layers and depth. A foreign tongue only adds to that depth. Defining a word we do not recognize is not the issue. The issue is accepting someone else’s work if we are not familiar with it.

Every language is beautiful and worthy of print. Everyone has a right to speak, read and write in any language. Anzaldúa defended her tongue as we should.

As far as literature and translations go, let that be the choice of the author. There can be more meaning behind a work if we analyze it in its entirety. Maybe the author meant for readers to be exposed to a new experience, or maybe the author was targeting the work to a specific audience. Minorities need a platform for their unique experiences, stories and voices to be heard. Whatever the reason, don’t silence a tongue; it will only become more wild.