The Story of Claudette Colvin 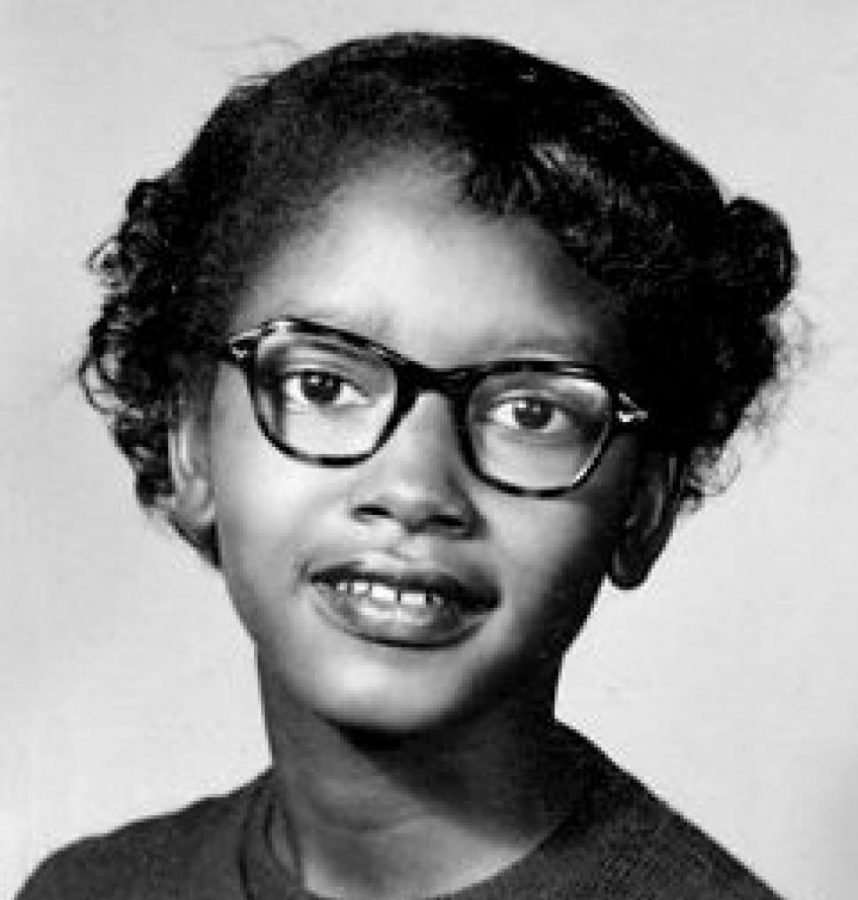 Arriving every February, Black History month is an annual celebration of the achievements and culture of African Americans in U.S. History. First started in 1976 under Gerald Ford’s presidency with a call on the public “to seize the opportunity to honor the too-often neglected accomplishments of black Americans in every area of endeavor throughout our history.”

Black History month celebrates some of African Americans greatest leaders and activists like Martin Luther King Jr., Rosa Parks, and Fredrick Douglass. The accomplishments these three and others achieved for the advancement of rights and culture for African Americans are innumerable. Rosa Parks taking a stand against bus segregation was a monumental moment in the civil rights movement, but there was a girl who was in a similar situation 9 months before Parks took her famous stand.

The year was 1955 and Claudette Colvin was a 15 year old girl living in one of Montgomery, Alabama’s poorer neighborhoods. Colvin attend the segregated Booker T. Washington in the midst of Jim Crow laws and rampant racism. In high school Colvin’s teachers had recently been teaching her all about African American heroes like Underground Railroad conductor Harriet Tubman and abolitionist Sojourner Truth.

On March 2, 1955 after another day at school Colvin got on the bus like she always did after school. She was told to move out of her seat by the buses driver for a white passenger but she refused to move. Colvin later recollected that “I felt like Sojourner Truth was pushing me down on one shoulder and Harriet Tubman was pushing down on the other-saying, ‘Sit down girl!’ I was glued to my seat.”

Colvin was arrested on many charges violating the city’s segregation laws. With recent racial injustices occurring throughout the country and numerous killings of young black men by White police men, it is always inspiring to look at people like Claudette Colvin who got up and took a stand against injustice for a cause that she believed in.

She protested peacefully and was able to raise awareness for bus segregation. Many protests in today’s era are violent with protesters loitering and causing destruction. Colvin once said “… when it comes to justice, there is no easy way to get it. You cant sugarcoat it. You have to take a stand say, ‘This is not right.”

Colvin’s example should be looked at by people today who are eager to let their voice be heard, but its imperative that protests should be done in a manner like Claudette Colvin.