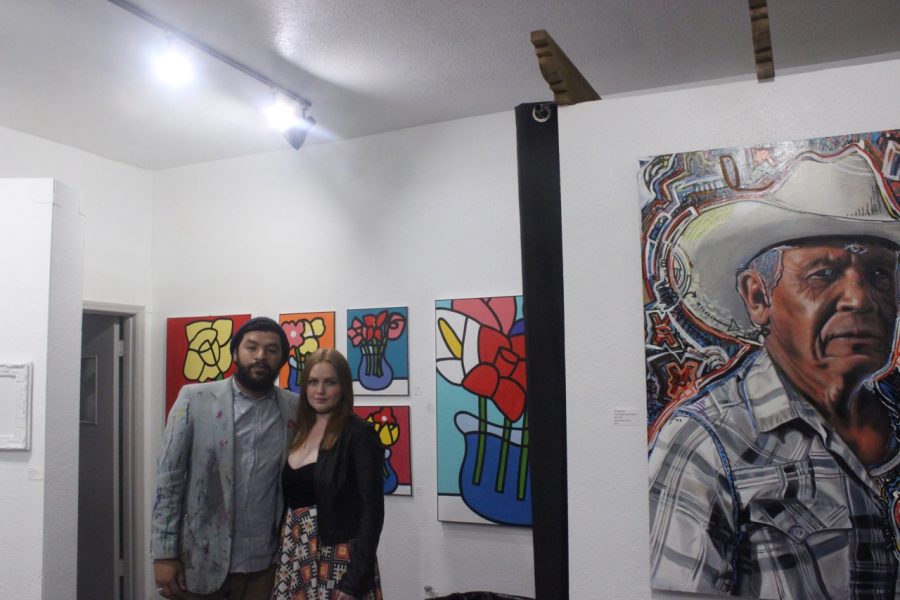 San Antonio has seen the emergence of several DIY art spaces over the past few years. This year continues to foster and nurture this trend in San Antonio’s art scene.

Treble Art Gallery held its opening reception this past weekend with the exhibition titled “Diverse Views.”

Located on the west side of downtown, Trebla Art Gallery is giving local artists as well as national artists an accessible space.

“What I appreciate about the space is that it’s for the people. It’s not bougie. It’s real. It’s small, but it’s functional,” said Mexican-American artist Jose Balli, during the opening reception. This is important as so often art becomes accessible only to those with higher incomes. Balli also remarked, “It’s good that spaces like this open up, and we hope they have a prosperous and long career.”

The exhibit displayed artwork from 10 artists from around the country. Chris Riggs’ work specializes in love and peace murals “in a world full of war.” San Antonio’s Elias Vieyra’s work focuses on the small details he finds in San Antonio.

Kristen Phipps employs camera obscura techniques to demonstrate deteriorating fleeting effects. Raul Gonzalez’s artwork is a reflection on the current state of the global environment as he sees it a big concern for mankind.

Victoria Waite’s mosaic type brush artwork is used to create a simple approach to her dotted and dripped style art.

Braydon Gold’s artwork reflects a desire to create and to communicate with others. El Paso native Diego Martinez creates a contrast between self and family in the face of Mexican culture.

Albert Gonzales, the owner of Trebla, remarked, “What I wanted to do was create opportunities, being a full time artist myself. I was trying to get my work into these really prestigious galleries, no one was really accepting my work and I didn’t have a lot of notches under my belt. So what I wanted to do was create resources not only for the community but for the younger generation of upcoming artists as well as established artists.”

Five years ago Gonzales had only five dollars to his name, but has since worked his way through “the starving artist” phase with the support of the community. Dr. Ricardo Romo owns some of Gonzales’ early work. “I’m incredibly blessed to have him in my life,” he mentioned. Trebla, Albert spelled backwards, plans on unveiling its next event March 25 with the help of upcoming and established artists, creating events the west side community can be proud of: art for the people. Trebla will be hosting “Diverse Views”  until March 19, free of charge.