A look at toxic masculinity (COMMENTARY) 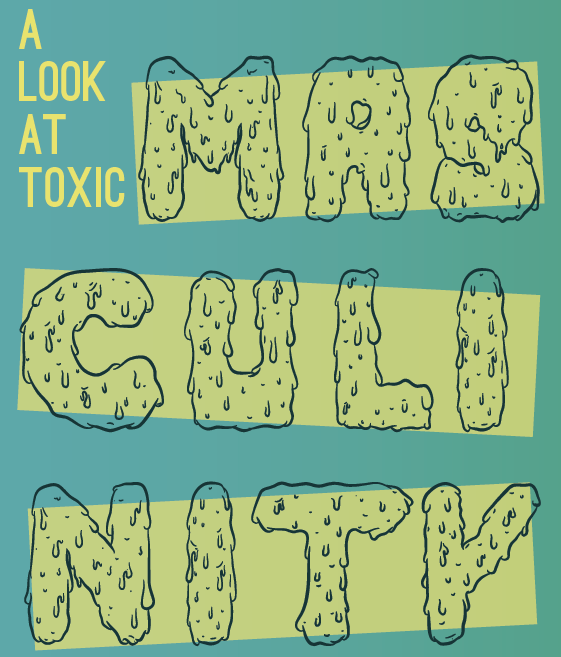 If you google “Toxic Masculinity” you’re likely to find a list of sources challenging and ‘debunking’ an absurd idea that feminists are using to make manhood a bad thing. What you won’t find is anything substantial about toxic masculinity (though some of the challenges make for excellent case studies of the phenomenon). This is because, as an idea, toxic masculinity is easily abused and often misunderstood. My goal is to clarify what toxic masculinity is and to demonstrate why it is useful for feminists and non-feminists alike.

To begin, I will preempt misunderstandings by clarifying the limits of the term.

Toxic masculinity is not synonymous with all masculinity. It generally takes the form of an extremism that generates negative consequences for the men who engage in it and usually others around them.

Toxic masculinity is not a defect that exists exclusively in men. Gender roles, and thus masculinity, are qualities historically associated with men and women. There is nothing innate about them; they are a social construct. This means that everyone, regardless of gender, plays a role in changing or perpetuating assumptions about gender roles through their interactions with others.

Toxic masculinity is not a trait of individuals. An important and often overlooked quality of feminism is that it is a critique of systems, not of individuals. So when a particular trait or behavior is described as toxic, it is not necessarily a condemnation of the person exhibiting it but of the society that produced it.

So what does toxic masculinity look like? It might be an extreme version of an otherwise good trait, or it might be the avoidance of feminine things simply because they’re feminine. A toxic behavior is one that harms the person exhibiting it (the observant reader will note here the gender neutral language; toxic femininity also exists). The most frequently cited examples of toxic masculinity are men not going to the doctor as a misguided display of strength, or men taking high stress jobs to prove their masculinity and experiencing a higher rate of heart attacks and high blood pressure as a result. But college-aged guys (and girls) are just as susceptible to toxic gender roles.

What does toxic masculinity look like in the college environment? You might start with anything fraternities do in the movies or on TV: proving oneself through elaborate hazing rituals, overreacting to slights against a fragile ego and/or being exaggeratedly and aggressively sexual. Now, while these acts obviously don’t apply to most fraternity members, that doesn’t stop them from being a useful way of understanding the minority to whom it does apply and their interactions with other men. Studies have found that five percent of women attending college are sexually assaulted every year and toxic masculinity within both the university and fraternity cultures play a role.

Another version of toxic masculinity you’ll find on campus is the “Nice Guy”—all of the sexual entitlement but without the decency to be honest about it. In fact, “nice guys” make an effort to ostensibly distance themselves from toxic masculinity; however, underneath the facade of niceness lie the same unhealthy ideas about male sexuality and identity. “Nice guys” view interactions as transactional: I conform to traditional roles of chivalry and masculinity, so you conform to traditional roles of femininity (e.g. sleep with me). While not nearly as terrible as the sexual assault problem, “nice guys” still manage to make sure that everyone involved has a bad time.

Underlying both the aggression of “the Bro” and the coerciveness of “the nice guy” is what I would argue is the underlying cause of toxic masculine behavior patterns—insecurity.

This is especially a problem because with traditional gender expectations, men are not allowed to be insecure; they must be confident and self-assured (a phenomenon that has been well documented in studies of machismo). There are a group of men who experience a dysphoria between who they are and who they’ve been told they ought to be: “Boys don’t cry,” “Be Tough,” “Be a man.” They find fault within themselves rather than within what they’ve been told, so they embrace a misguided view of the world that brooks no criticism because it can bear no criticism. This view poisons the men who embrace it and poisons their relationships; the view displays an ideal that is inconsistent with reality and cannot be achieved, and thus, there is a need to identify and understand how toxic masculinity operates so it and those suffering from it can be remedied.