The difference in sounding and being presidential 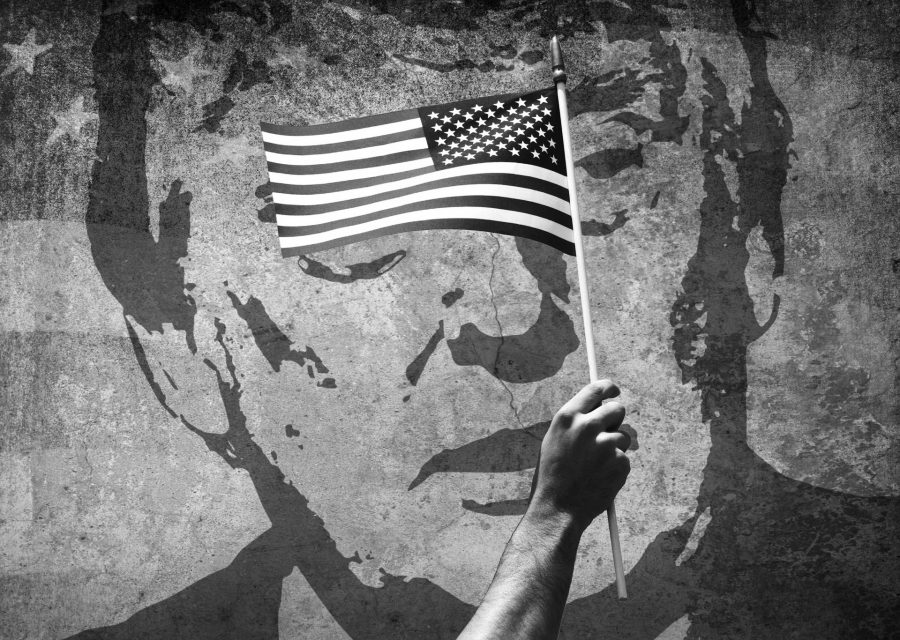 He said a lot of patriotic phrases, repeated his campaign promises, reminded America why he thought President Obama was bad for the country and bad for business, all without the vitriolic rhetoric that characterized his campaign speeches. After this speech, pundits praised and applauded Trump’s oratory style.

Speaker of the House Paul Ryan told NBC’s “Today” his expectations about the speech: He’s “not looking to the president for granular details about how things are going to get done, because that’s not President Trump’s style.” In other words, President Trump is more about expressing his passion and itemizing policy issues rather than specifying details of his proposed policies soon to be implemented.

Senate Minority Leader Chuck Schumer said on Fox News that the media and public’s “focus should be on a president’s actions rather than a president’s words.”

President Trump is not the first person to deliver an address after a month in office. But even so, President Trump’s address to Congress was important because it had to accomplish several tasks: unite GOP allies behind a common agenda to replace the Affordable Care Act and reform the tax system, sum up a month’s work as president and set the tone for his presidency.

His oratory style danced around his own ego. His speech was sprinkled with humble brags, like masking his self-praise by insinuating big corporations invested “billions and billions of dollars” because he was elected, taking credit for the stock market gain that happened around election-time, satisfying American pleas for immigration enforcement and border security with his executive order, having dozens of Harley Davidson motorcycles on the White House lawn and–my personal favorite–implying that arrests of criminals across the country were happening because he was president when he said “bad ones (gangs) are going out as I speak and as I promised throughout the campaign.”

His rhetoric was spritzed with authoritative words and phrases like “directed,” “imposing,” “finally enforcing,” “calling on,” “billions and billions of dollars” and “I have further ordered.” Even long-time critics, noted that his speech, as well as his manner, was quite presidential. CNN pundit Van Jones stated after President Trump’s address to Congress that “in this moment, he became presidential.”

That being the case, he offered no policy instructions. Each policy had been compartmentalized to another department. Their job was to figure out precisely how to actualize every proposed, vague action. For example, he “directed” the Department of Justice to form a taskforce dedicated to aggressively reducing violent crime. What does “aggressively” mean? And hasn’t the Department of Justice always been trying to reduce violent crime, anyways?

I’m not arguing I want a step-by-step discussion in his speech for each mandate, but vague solutions handed to departments that are already working on them is not policy. If this type of implementation of policies is what President Trump intends in order to “make America great again,” I question the outcome.

President Trump cannot allow our nation to become a sanctuary for extremists, so, he says, “for that reason we will soon begin the construction of a great, great wall along our southern border.” For those as perplexed by the immediacy of this idea over other pressing societal and political concerns as I am, I wouldn’t worry. When this bewildering and somewhat vague mandate is handed over to whatever department to engineer, it will get lost in governmental bureaucracy, like fighting the war on drugs, on poverty, on terror. Yes, President Trump’s oratory style is different and definitely improved–unarguably presidential. But President Trump is still Donald Trump; days after his address and pundits’ praise of his presidential style, President Trump went on a Twitter-tirade with four intemperate tweets in twenty-seven minutes alleging President Obama wiretapped Trump Tower before the election.

Still, what are we to make of his content? The substance his style overshadowed?

He informed America during his address of his plans to create an office entitled VOICE, Victims of Immigration Crime Engagement. The office is under the Department of Homeland Security and will weekly list the crimes of undocumented immigrants.

VOICE will give voice to prejudice and intolerance to entice fear and anxiety toward immigrants.

President Trump needs to follow his own words spoken during the address: “We must build bridges of cooperation and trust, not drive the wedge of disunity and–really what it is, it’s division. Pure, unadulterated division. We have to unify.”