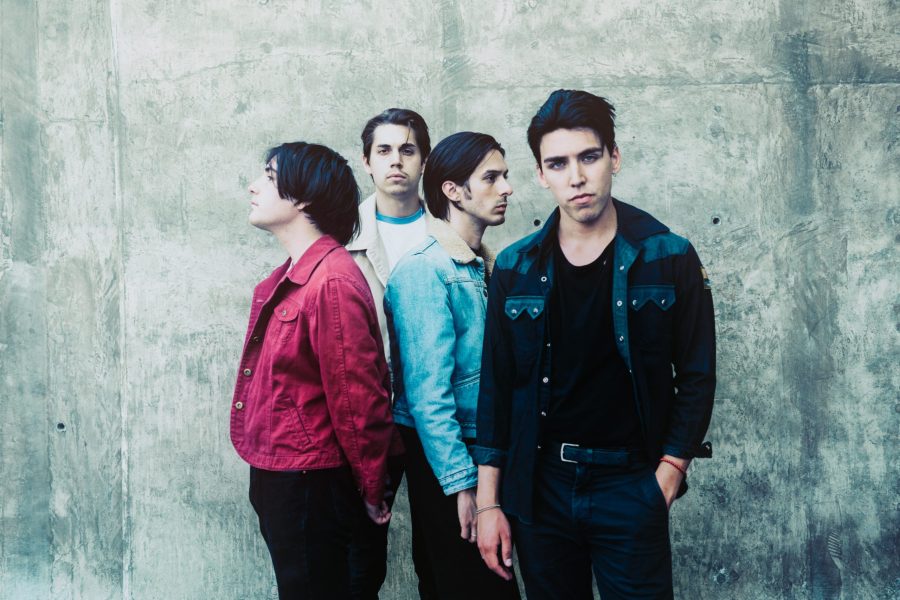 On March 18, fans camped outside of the Paper Tiger music venue hours before the show in anticipation of the sold out concert. Even though it was the first time the band had ever played in San Antonio, screaming fans came out in droves. The alternative pop rock band has experienced a quick rise to stardom with their hit first album “Language & Perspective” in 2014 and their recently released “Disappear Here.” Both albums have been critically and audience acclaimed, leading to sold out shows across the country. The band’s Heartbreaker tour has sold out almost every single tour date. Their upcoming summer tour, starting in May, is already selling out.

Bad Suns’ frontman and vocalist Christo Bowman discussed their new album, “Disappear Here.” Bowman said the members of the band knew each other from a young age because they had mostly went to the same high school.

“It felt natural very quickly once the four of us had come together in this band,” said Bowman. Since they had this experience with each other, the members had similar ideas of what they wanted to do. “The first album came from a really genuine place, and that’s how we’ve always approached the music,” said Bowman.

A band’s second album usually falls into the curse of the sophomore slump, but Bowman believes Bad Suns avoided it by evolving the sound they already had. “We tried not to overthink it, we just made the music that felt natural to us because we had a desire to go somewhere forward from making our first album,” said Bowman. Their fans adore the new music, and the live shows perfectly exemplify this adoration.

At their sold-out Paper Tiger performance, the crowd roared with every song. The audience almost immediately erupted into screams of excitement as the band played their first notes of the night. With every song Bad Suns’ played, the crowd escalated their elation. Audience members held up homemade signs to try to catch the band’s attention. Some of the audience had even climbed on the venue’s counters to dance. When the band played songs like “Heartbreaker,” “Disappear Here” and “Swimming in the Moonlight,” the audience couldn’t help themselves from singing and dancing along.

Bad Suns’ own showmanship only helped to raise the crowd’s feelings of ecstasy. Several times Bowman would jump into the audience and crowd surf—even being able to stand and dance atop the crowd. Hanging from the rafters of the club, he and the audience would sing and dance their hearts out.

The next time Bad Suns’ tour in San Antonio, make sure to buy a ticket early. At the rate this band is going, the show will sell out almost as quickly as it’s announced. For more information about the band’s tour and their new album “Disappear Here,” visit badsuns.tumblr. com.