Rape culture: a cycle of fear 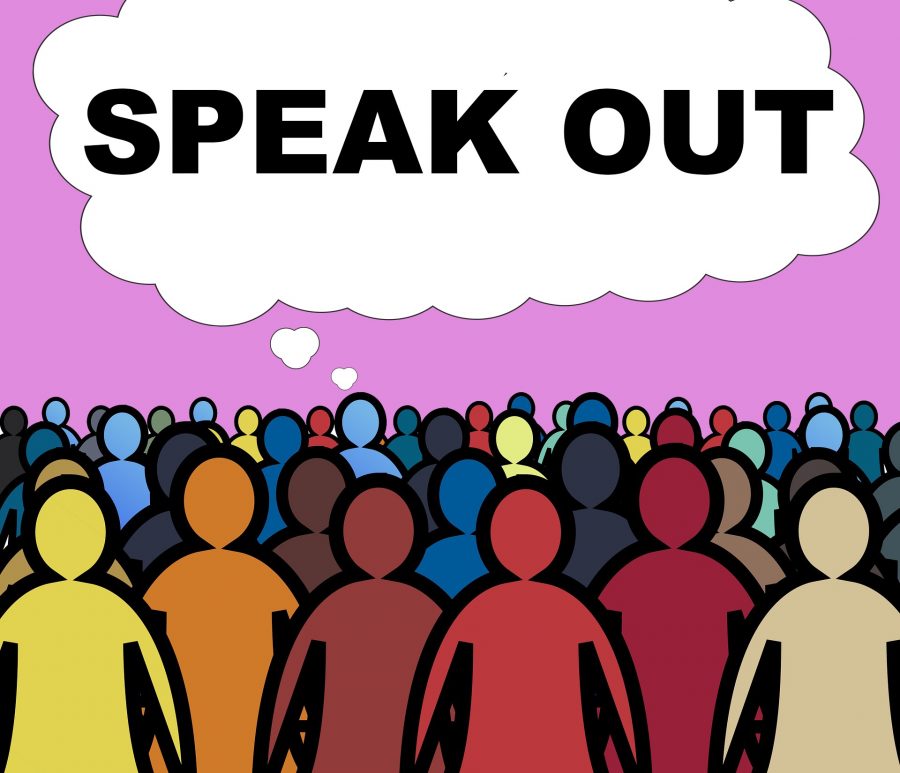 As a 23-year-old woman of color and of small stature, I live in constant fear and paranoia. I never consciously place myself into situations where I can be taken advantage of by people, men especially.

Recently, I got into a heated argument with my mother and elder sister about the potential danger of going downtown by myself to an upcoming music festival. I emerged from the argument angrier than ever at the society I live in and at my mother and sister for being right about a woman of my stature potentially being physically overpowered and taken advantage of, walking in the heart of downtown San Antonio by myself (i.e. sexually assaulted and raped).

I rarely go out at night. I never go for walks after sunset. If I go out for the occasional drink, I do so sparingly; I never get drunk. To publicly lose my inhibitions is to lose control of myself. To lose control is to potentially be taken advantage of by a person who cannot recognize proper consent or who has misconstrued views on consent. There is the fear and paranoia that people, especially men, are not to be trusted. There is the paranoia that men are simply nice and courteous to me because they want something I have and will take this thing by force if necessary. I have witnessed and experienced rape culture throughout my life.

A simple Google search defines rape culture as a society or environment whose prevailing social attitudes have the effect of normalizing or trivializing sexual assault and abuse.

It is not necessarily a society or a group of people that outwardly promotes rape. Rape culture is more implicit. It is cultural practices that excuse or otherwise tolerate sexual violence. It is a social conditioning that we experience together as a culture.

Rape culture is perpetuated through the use of misogynistic language, the objectification of women’s bodies and the glamorization of sexual violence; therefore — it creates a society that disregards women’s rights and safety.

So what are some examples of rape culture?

To name a few: blaming the victim; trivializing sexual assault; tolerance of sexual harassment; supporting athletes (i.e. Brock Turner, Trent Mays and Ma’lik Richmond) who are charged with rape and calling their victims career-destroyers; publicly defending celebrities (i.e. Woody Allen, Mel Gibson, Casey Affleck, Bill Cosby and President Donald Trump) accused of rape and sexual assault just because they are celebrities and ignoring or denouncing what the victim has to say; inflating false rape report statistics; publicly scrutinizing a victim’s dress, mental state, motives and history; assuming only promiscuous women get raped; assuming men don’t get raped or only “weak” men get raped; teaching women to avoid getting raped instead of teaching men not to rape, and refusing to take rape accusations seriously.

According to the National Center for the Prosecution of Violence Against Women, the rate of false reporting for sexual assault is in the range of two to eight percent.

According to the Rape, Abuse and Incest National Network (RAINN), out of every 1,000 rapes, 994 perpetrators will walk free. Perpetrators of sexual violence are less likely to go to jail or prison than other criminals.

Most women and girls limit their behavior because of the possibility of rape. Most women and girls live in fear of rape. Rape functions as a powerful means by which the female population is held in a subordinate position to the male population. This speaks to the examples of defining ‘manhood’ as dominant and sexually aggressive and defining ‘womanhood’ as submissive and sexually passive. There is pressure on men to ‘score’ and pressure on women to not appear ‘cold.’

A cycle of fear is rape culture’s legacy.

It is victim blaming. It is empowering rapists rather than survivors. It is a society that teaches, “Don’t get raped,” to women and girls (among trans people, gender nonconforming people and cis men) rather than, “don’t rape.”

So what are some ways to combat rape culture?

Avoid using language that objectifies or degrades people; avoid phrases that reinforce rape culture (i.e. “being a tease,” “get it in” and “win her over”); think critically about the media messages about women, men, relationships and violence; be respectful of others’ physical space even in casual situations; always communicate with sexual partners and do not assume consent; if a friend says he or she has been raped, take him or her seriously and be supportive; get involved, join a student or community group working to end violence against women and other marginalized groups.

It is important to remember sexual violence and rape culture affect trans and gender nonconforming people as well as cis men. Rape culture is everyone’s issue regardless of gender.