Results are in for record breaking SGA election 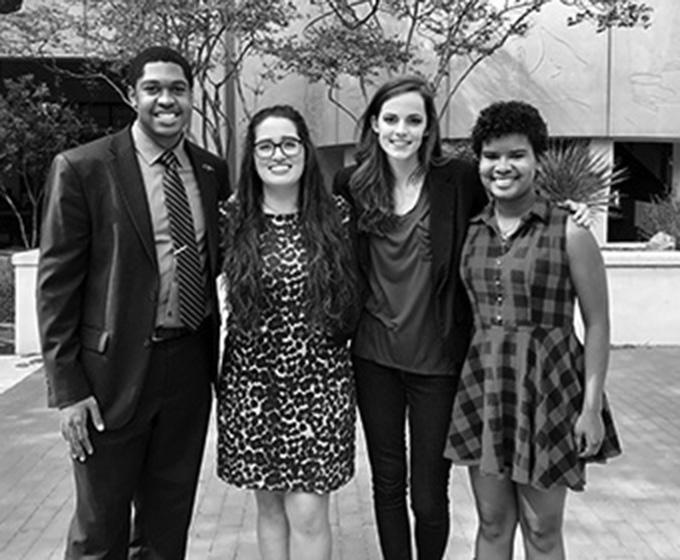 Student Government Association President-Elect Marcus Thomas stated, “First off I would like to thank everyone for voting in the student government elections. Turn out exceeded nine percent. I would also like to thank all of those who ran for senatorial and executive board positions. Every single one of them believed in something bigger than themselves, and that is a core value of what it means to be a Roadrunner. My vice-president-elect and I look forward to committing ourselves to not only SGA but the UTSA community as a whole. Go ‘Runners!”

President-Elect Thomas is a junior economics major and sits as business chair for SGA. Thomas has been involved with the organization since his freshman year.

“Marcus has a work ethic that’s second to none, and our accomplishments reflect his commitment to SGA. His vision truly represents the core values of our organization,” said sophomore political science major, SGA member and one of the three candidates for the office of vice president Mikel Moore. “I believe our members share an ambitious outlook that reaffirms our commitment to shaping a university students can take pride in.”

“His tenure started under President Zack Dunn, and he has seen three administrations, making this the fourth. He brings experience and a steady hand to our campus. I truly believe that he will do great things with his team and his VP Elect, Brittany Garcia,” current SGA President Andrew Hubbard stated. Hubbard will continue as acting president until April 9.

President-Elect Thomas and the newly elected officers will participate in a transition retreat on April 1. On Thursday, April 13, the new administration will have their first SGA meeting at 5:30 p.m. in the UC Harris Room.