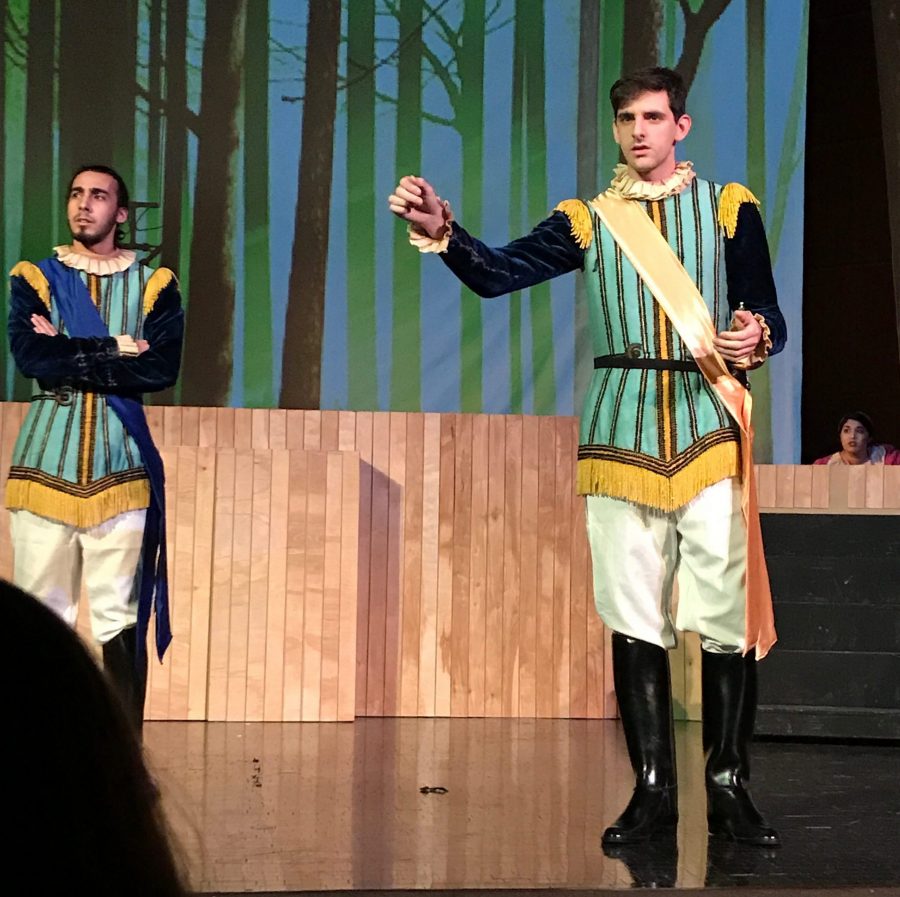 UTSA’s music and theatre departments performed a brilliant rendition of Stephen Sondheim’s “Into the Woods” this past weekend. The theatre was packed and there wasn’t an empty chair in the room.

The stage was multi layered and intricate. Two large pieces of fabric hung diagonally at stage right and left, while a larger cloth in the middle hid the live orchestra. On these cloths, a projector depicted images of desolate trees one might find in a dark and forbidden forest.

In the play, a baker (Gid DeLaRosa) and his wife (Julissa Figueroa) agree to help a once beautiful witch (Magda Rieth and Elora Ballejos) break a curse put on her in return for a child of their own. They venture into the forest in search of the ingredients needed; including a milk-white cow, corn-yellow hair, a blood-red cape and a pure-gold slipper.

The performers put great effort into their roles. Katherine Leidlein’s portrayal of Little Red Riding Hood was especially noteworthy. The women of the cast sung beautifully. One of them could be the next Broadway star in New York City. The male talent dynamic and remarkable as well. Actress Chrystal Frost (Rapunzel) and actor Alejandro Oliveros (Cinderella’s Prince) mesmerized the audience members with their opera-like crystal-clear voices. Keeping the show somewhat light-hearted, the amount of levity left audience members laughing off the edges of their seats.

Orchestra director Eugene Dowdy showcased the talent of UTSA’s music department and symphony through the entirety of the show. Without missing a beat, the highlight of the night was the beautiful music that filled every inch of the hall.

The make-up on the characters was exquisitely detailed, from the beautiful witch dazzling in blue-tinted contour on her face and chest with a gleaming white highlight to add dimension to the freckles and pigtails that Little Red wore. The costumes were phenomenal, especially the multiple glittery dresses Cinderella wore that shone like diamonds in the sun and the attire the princes wore for their beloved maidens.

Overall, UTSA’s rendition of “Into the Woods” was a lovely sight to behold. The time, effort and work of the entire cast was appreciated with a standing ovation from audience members both nights.