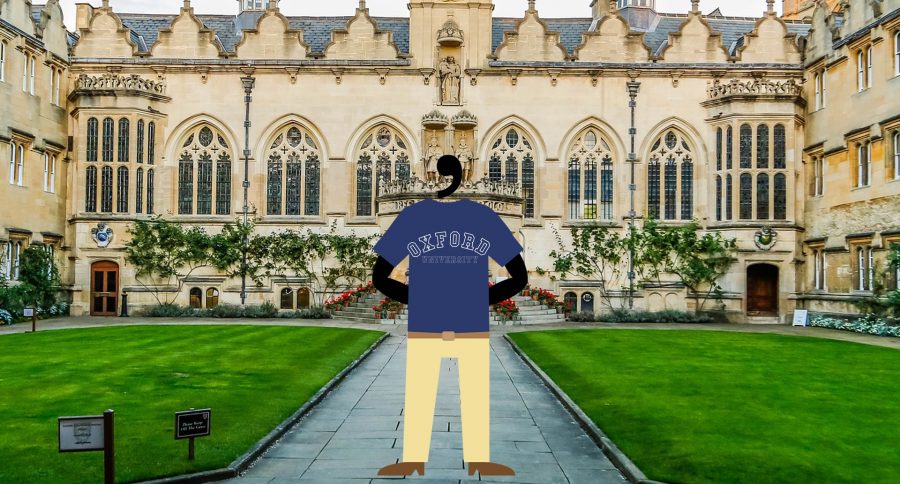 Grammar nerds come forth from your hiding places and rejoice! The Oxford comma is causing conversation outside of the grammar world because people don’t understand or know the controversy surrounding the serial comma.

Not using the serial comma in a list can cause ambiguity within a sentence. Not using the Oxford comma could have lost a Maine dairy company ten-million-dollars in a lawsuit filed on behalf of delivery people who claimed that workers should get paid overtime because of an ambiguous sentence in the state law, which reads that the following activities cannot be considered for overtime pay.

packing for shipment or distribution of:

(2) Meat and fish products; and

People often feel the extra comma isn’t necessary and many style books, including the AP, do not use the Oxford comma; however, more people are beginning to realize the importance of the comma when clarity of an idea is at stake.

Oxford commas have become great material for memes and jokes; however, when it comes to a ten-million-dollar lawsuit, the humor disappears.

Knowing how to use punctuation properly is important and shows that the writer took time to thoughtfully present an idea. Grammar aficionados know the annoyance of an incorrectly punctuated sentence. But like any controversy, there is more than one side. In this case, #TeamOxfordComma won and hopefully, people will begin to consider how they punctuate a list.

Some will argue a comma is needed and some will argue it isn’t. The best advice to follow is learn how to punctuate properly and rely on the stylebook you are using. When in doubt, consult the stylebook.  Even AP style is beginning to see that sometimes the dreaded serial comma is needed. Check that the sentence makes sense, edit the sentence if it doesn’t, and get your point across. Everyone understands that you like cooking, your family, and pets. No one will understand that you like cooking your family and pets. Use a comma, make your intentions clear.