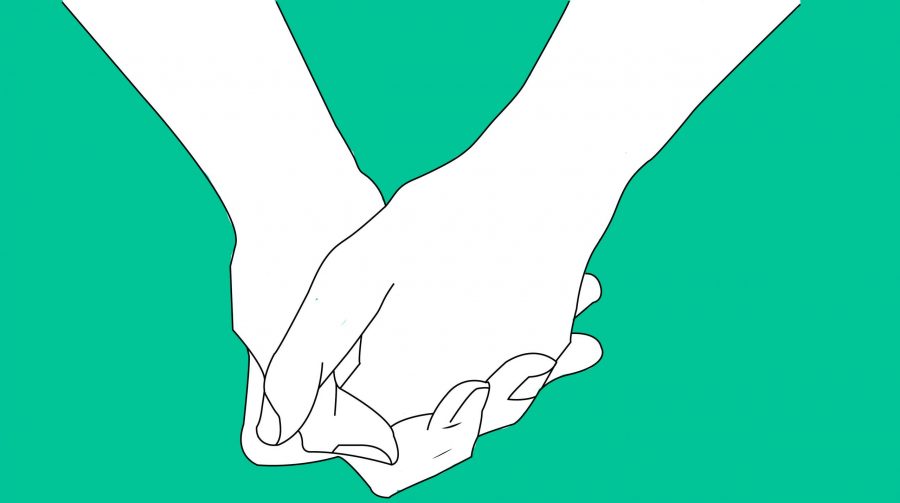 The color for sexual assualt awareness month is teal. Tristan Ipock, The Paisano

In Texas alone, two of five women and one of five men are affected by sexual assault each year. In an effort to protect students and prevent these crimes from occurring, 13 of the UT System’s 14 institutions, including UTSA, participated in the Cultivating Learning and Safe Environments (CLASE) survey.

“The survey indicated that we do have students that experienced sexual misconduct,” Associate Director of Counseling Services Melissa Hernandez said. “The survey helps remind us that those students exist on our campus and that we need to reach them and find them.”

The survey examined the prevalence, perception and experiences regarding sexual assault and misconduct.

Although, the rate of sexual assault and sexual misconduct at UTSA is comparable to rates at other institutions nationwide, the university hopes to utilize the research data collected by the CLASE survey to make UTSA a leader in sexual assault awareness and not a common denominator.

“I believe even one incident of sexual assault or sexual harassment is one too many. There is no excuse for this behavior,” Reyes said in his message to the community, “UTSA must have a zero tolerance policy.”

Combatting sexual assault and sexual misconduct has two points of access. The university aims to decrease incident rates and increase reporting rates. Success in both efforts will contribute to UTSA’s goal of addressing all sex related offenses affecting students. 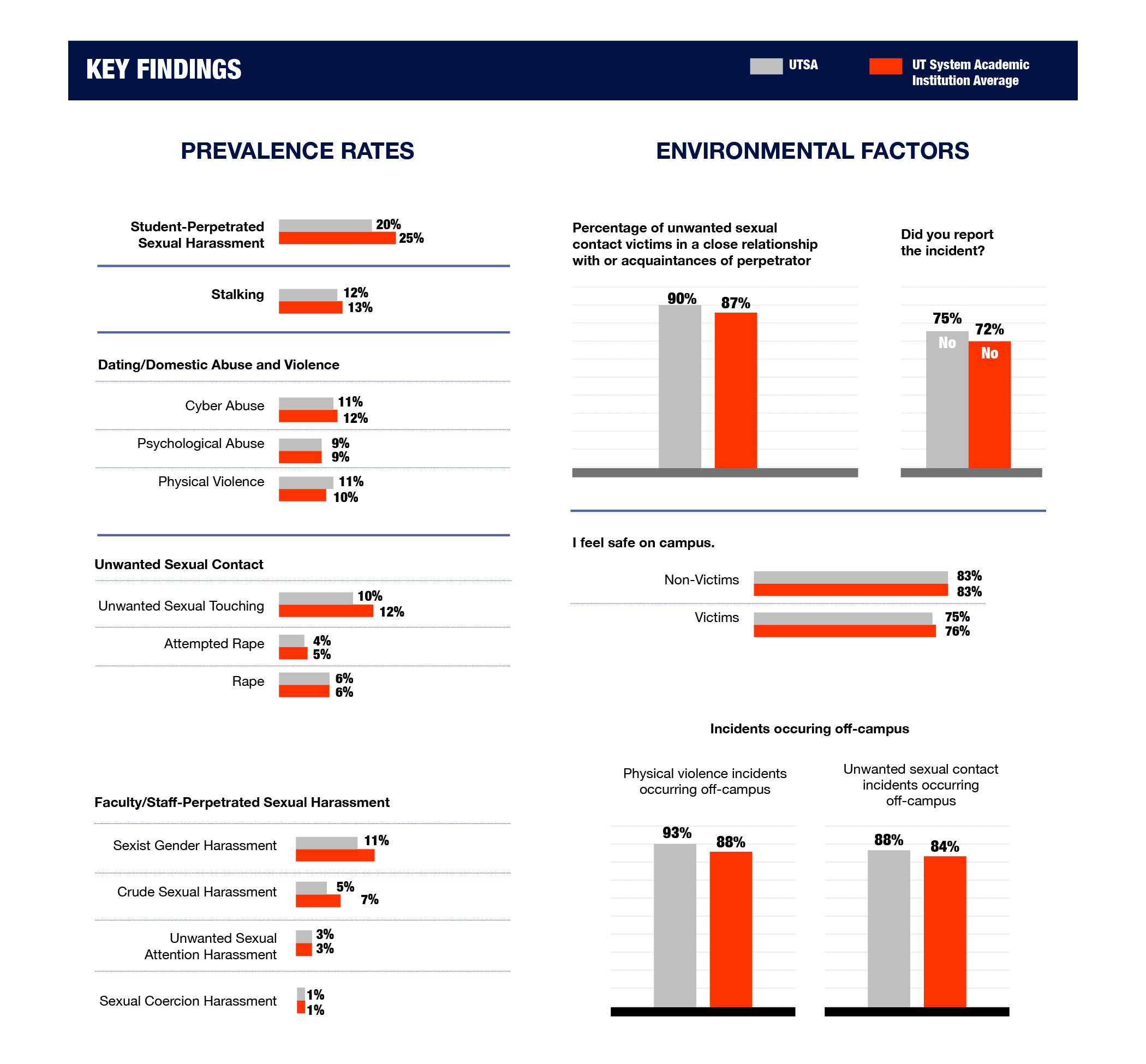 Reyes addressed these statistics by iterating that UTSA has an obligation to ensure the wellbeing of its students on and off campus and to promote a campus climate where victims are comfortable seeking help through UTSA.

“No matter where it happens, we want students to know that we’re here to support them,” Hernandez said. “We’ve had students come and say, something happened over spring break at their hometown or at the beach, those are important too, and we are available to them.”

While an individual is a student at UTSA, counseling services want to ensure incidents related to sexual assault or sexual misconduct do not prevent that student from being successful at school. Where the incident occurred does not make a difference to counseling services or the approximately 40 programs available to a student seeking resources.

Each incidence of sexual assault and sexual misconduct is unique and counseling services want to allow students to choose the option best suited to their needs and preferences.

“When students are violated through sexual assault or dating violence, those things are not about sex, they’re about power.” Hernandez said, “if we try to force people into a box we could potentially be taking their power away again, so we want to make sure that they feel empowered so they can make choices on their own.”

“People have a lot of different reasons why they don’t want to report, and we want to respect those reasons.”

The CLASE survey examined multiple forms of sexual misconduct and sexual assault: stalking, dating/domestic abuse and violence and unwanted sexual contact on UT campuses. In addition to the variety of offenses, each victim has their own unique experiences and needs related to their personality and background.

A premier program that Hernandez advocates is Beaks Up Speak Up. It is a bystander intervention program originally brought forth by the UT System. The program aims to inspire the community to get involved in education and prevention efforts.

“Rather than telling a man don’t rape and rather than telling a women you should walk home with a police escort or friend, we are approaching the issue from other angles.” Hernandez said, “We’re involving an entire community and encouraging people to look out for one another and look for not just sexual violence like rape, but also the lower end of the spectrum inappropriate behaviors that lead to sexual violence.”

Reyes has shared plans to partner with San Antonio leadership, academic institutions and organizations to broaden the scope of community involvement.

“I need your help,” Reyes wrote to UTSA students, “I need you to become involved in these initiatives. I need you to speak up when you see something that is wrong. I need you to join with me in looking out for the well being of each other.”