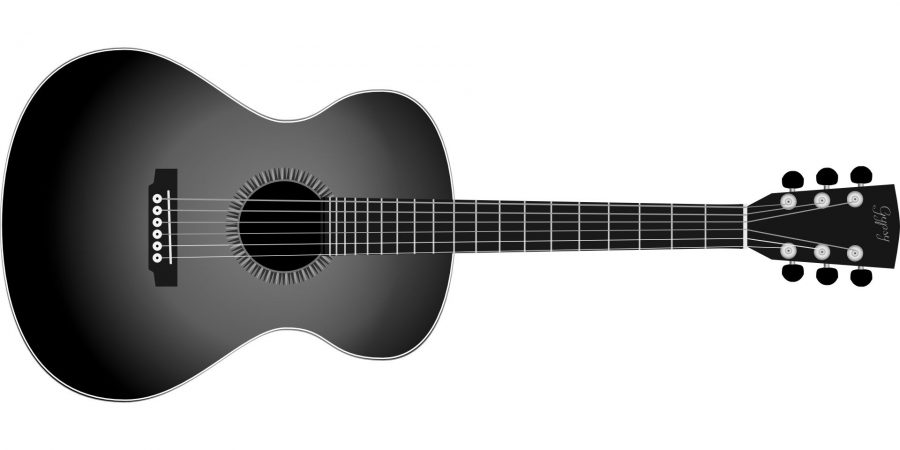 The guitar is a beautiful instrument.

It’s an instrument that has been used in some of the most iconic music ever created. It demands patience and rigorous practice to coax the wondrous elaborate riffs from it. Ariel Alba, a senior music major with a focus on performance on guitar at UTSA has dedicated years of practice to the instrument. He had a senior recital this past Friday.

The Arts Building Recital Hall was bustling with friends, relatives and strangers eager to see Alba and his guitar.

Looking sharp in a grey suit, Alba, who started practicing in Nuevo Laredo when he was 13 years old began with a guitar rendition of Johan Sebastian Bach’s Suite for Cello No.3. He played a piece by renowned Italian classical guitarist Mario Giuliani. He proceeded with pieces by Brazilian composer Heitar Villa Lobos, John Dowland, Tomas Marco and Manuel Maria Ponce. Alba played each riff and measure with passion while looking elated during each minute of his senior recital.

The recital hall was almost silent. The only noise that greeted spectators’ ears was Alba’s guitar. He finished his performance with “Estrellita” by Mexican composer Manuel Ponce. A song by a Latin composer was a fitting ending to a performance that had eclectic pieces from composers from a variety of countries. Once Alba finished strumming the final note, thunderous applause ensued.

Even more admirable than his playing is his passion for guitar and music. Alba wants to use his degree in music to give back to his hometown in Laredo.

“I want to work on both sides of the border and give back to the community,” he said. Alba wants to teach guitar and music.

Alba chose to attend UTSA because he has extended family here; his immediate family in Laredo are about three hours away. After Alba receives his degree, he plans to compete in some guitar competitions and audition to be a musician for Cirque du Soleil.

Many guitarists have influenced Alba, but his two main influences are classical guitarist Marcin Dylla and Megadeth guitarist Marty Friedman. He attributes the passion and soulfulness that Friedman plays as a huge inspiration for his craft. He is a huge admirer of Marcin Dylla calling Dylla an “artist” whose romantic playing reminds him of “Fredric Chopin but on the guitar.”

Alba offers some sound advice to anyone about to pick up an instrument:

“Be patient. Because it takes time to master any skill. Hang in there and dedicate some time to it, and build good habits.”