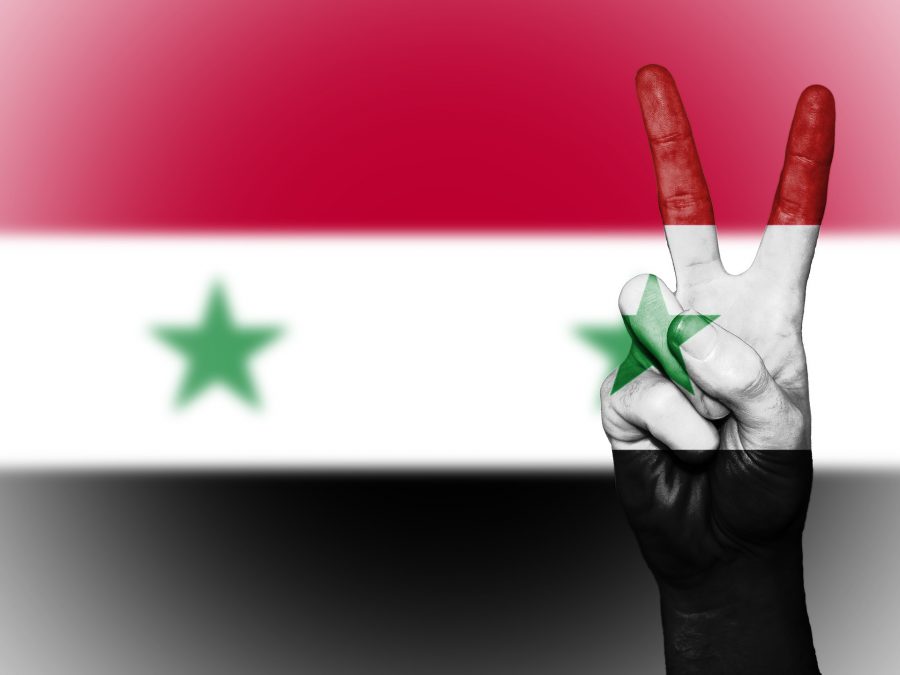 On the early morning of April 4, chemical warfare ensued in Khan Sheikhoun, Syria. Witnesses of the attack reported seeing bombs dropped from war planes. Upon impact, the nerve agent caused a large yellow cloud—immediately stinging the eyes of people nearby. “It was like a winter fog,” a witness recalled “they inhaled the gas and died,” said the witness, according to the BBC. The symptoms of the nerve agents that targeted the community of Khan Sheikhoun included “redness of the eyes, foaming from the mouth, constricted pupils, blue facial skin and lips, severe shortness of breath and asphyxiation.” It is estimated that 84 people were killed—at least 27 of the victims were children. More than 545 people were injured in the attack; however, the number of casualties and injuries is expected to increase due to the nature of the chemicals that were released.

President Trump addressed the United States at The White House Rose Garden two days after the attack and expressed his change of heart regarding the nation’s foreign policy on Syria. He opened up and spoke about how deeply the attack affected him. “I will tell you that attack on children yesterday had a big impact on me—big impact,” he stated. He added, “al-Assad choked out the lives of helpless men, women and children. It was a slow and brutal death for so many. Even beautiful babies were cruelly murdered in this very barbaric attack.”

However, his subsequent actions did not match his words. In response to the chemical attack, President Trump launched 59 missiles targeting the Syrian government controlled airbase, Al Shayrat Airfield. Although the administration was not completely certain the chemical attack was carried out from the airfield, Sec. of State Rex Tillerson stated the administration had a “very high level of confidence” that the Syrian government, under the leadership of Bashar al-Assad, was responsible for the Tuesday attack on Khan Sheikhoun.

The question of sincerity regarding the President’s emotions is a pressing one. Why would the Commander-in-Chief profess a seemingly mournful response to the attack in Syria shortly before launching almost 60 Tomahawk missiles to a region recovering from a chemical attack? Does our President truly care about the people in Syria if we are no longer accepting refugees and still have the travel ban in place? The answers to these questions may never be completely answered by President Trump. But, what we can refer to are his actions. Currently, the actions taken by the Trump administration do not reflect ones of compassion toward the people of Syria. In fact, a notable moment of his presidency was an executive order that indefinitely banned Syrian refugees from entering the United States—including the beautiful babies.

To have a President that acts purely on impulse and emotion is a frightening reality to accept. No matter how heinous a crime may be, it should be expected that our president makes strategically informed decisions rather than knee-jerk reactions to satisfy primal desires of punishment and revenge.

It is apparent the Syrian people and their children our president claims to care about so deeply are ultimately unimportant to him. His actions speak louder than words.