The problem with proselytizers 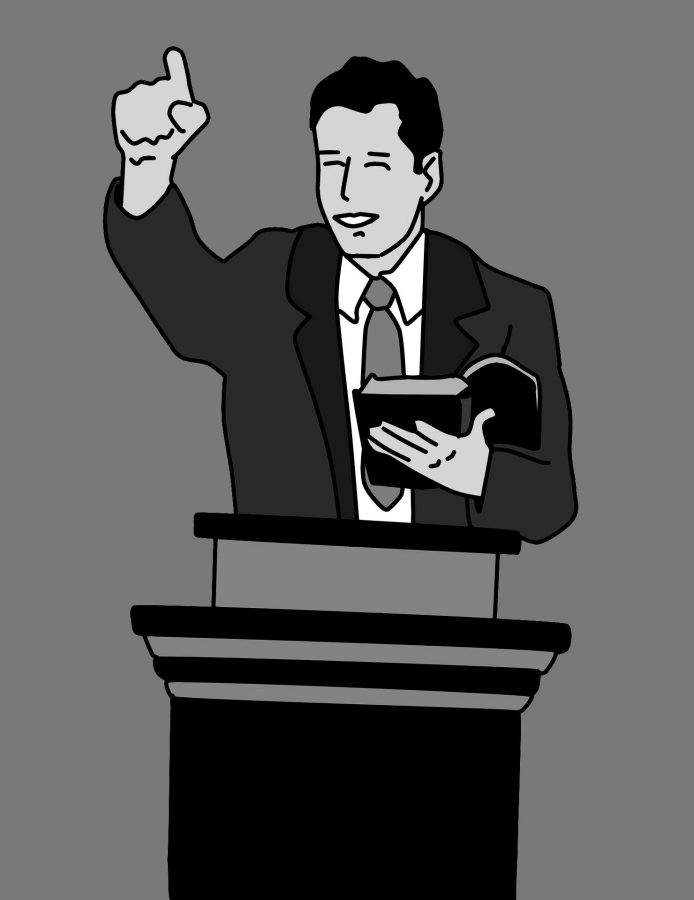 If you’ve spent more than a semester or two at UTSA, you’ve probably been approached by someone who invited you to a Bible study or devotional get together held by one of the more than two dozen religious organizations at UTSA. It’s an experience so ubiquitous that it produced a student documentary called “Religion in Rowdyland” that explores the unique religious climate of UTSA. Without getting into theology or the doctrinarian roots of evangelism, I’d like to take a moment to reflect on the experience from a pragmatic standpoint.

Often, these invitations are well-intended gestures of good will motivated by sincere belief. The evangelist offers a complete stranger the opportunity to join in a meaningful social ritual; in these cases, it is a selfless act of friendship. I prefer to think of all such encounters this way—better not to speculate too much about the intentions of others.

Unfortunately, not all proselytizers are created equal; the grace, sincerity and (if all else fails) brevity that redeem some are balanced out by the few who seem to do it because they were told to or have a quota to meet. And that’s the problem with evangelism: the shock of the realization that the two of you aren’t participating in the conversation as equals, that it’s totally impersonal.

College is a place for people, even complete strangers, to come together and discuss serious topics, but it’s important to do so in good faith. All participants in a discussion must be willing to change their position in the face of evidence and a good argument, and must acknowledge one another as equals who, until it is proven otherwise, have come to their positions honestly as the result of their experiences.

The objective of a discussion or debate should never be to win, but rather, to learn to see from another perspective and to share your own; it is a collaborative attempt to understand some truth. And because this is a fairly serious commitment, we don’t tend to engage this way with complete strangers. In fact, ironically, through their abuse of social niceties to force people into one-sided conversations about religion, the proselytizers are making people less likely to engage in those conversations.

Religion itself is neutral; it is a cultural resource that can be used in many ways. It offers both the discipline of monastic orthodoxy and the excessiveness of megachurches, the tolerance of Quakers and Buddhists and the hate of so many religious extremists.

Ultimately, regardless of sect or faith one should never treat another person as a means to an end but always as an end in and of themselves. As people, we each have our own lives and goals, and by disregarding that proselytizers undermine the social contract that allows mutual cooperation.