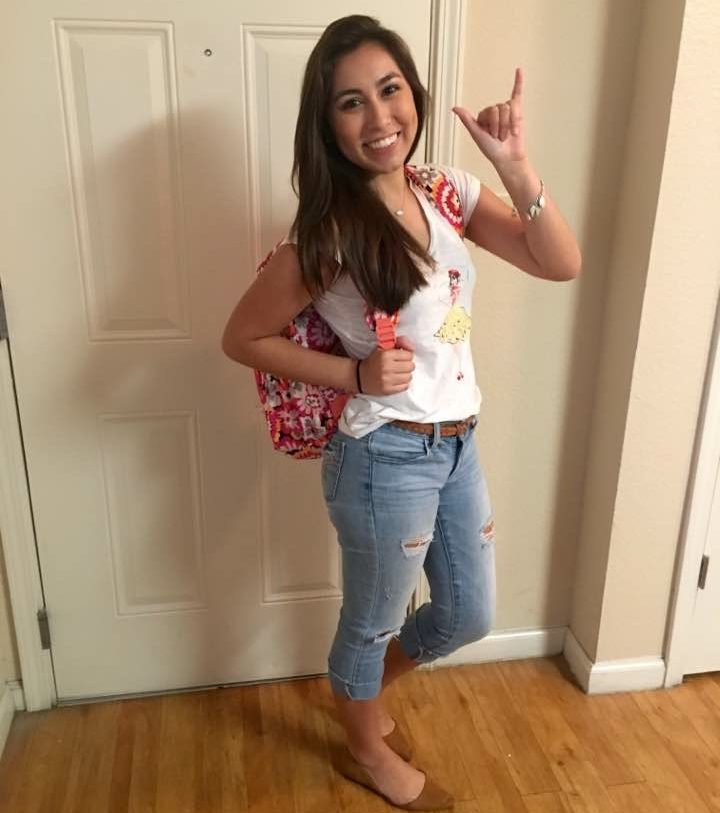 Miller is a Human Resources Management senior at utsa. she is the former SGA senior senator who authored a resolution to address campus sexual assault and harassment.

Q: What prompted you to write this resolution? Were there any particular events that occurred that motivated you to take action?

I was prompted to write this resolution because I have met so many girls who were sexually assaulted or harassed in some way, and either never reported it because it was someone they knew and were pressured into not reporting; or did report it but the process ultimately led to nothing or the report got so lost in all the bureaucracy that nothing was ever done.

Q: Why is this topic important to you? Why should the UTSA community care about this issue?

Sexual assault and sexual harassment hits extremely close to home to me. Not only have I been assaulted before, but I know so many women who were victims, and men too. These individuals who were told it was their fault or feared the repercussions of accusing someone they knew with no hard evidence. They have to live with that, often times still in the same organizations as their attacker, or same dorm and that can be hard. Not only do they have to process what happened, but share that space with the same person who caused that trauma. The attacker often faces at most- a slap on the wrist or maybe a meeting with EOS, but that’s assuming it even gets that far.

Q: What can students do to combat sexual assault in their community?

Education on rape culture. It exists and I don’t care what so called “meninists” say. The more people know that certain things shouldn’t be expected such as sex after a date; that men can be raped and taken advantage of; feminism isn’t equivalent to man-hating; privilege of all sorts exists and several other things. The more we educate our men and women the more we’ll ultimately help them. Instead of worrying how we face the problem, we’re preventing the problem.

Q: What emotions did you feel when writing this resolution? How did you feel after it passed? Were any other SGA members involved who you would like to credit?

I was scared of the feedback that I would receive from my peers but I actually got a lot of support. I even got feedback that it needed to be more aggressive in order to be taken seriously. I got a lot of questions asking if this was in response to the Romo situation to which I responded, “this is bigger than even him, and the world doesn’t revolve around him,” knowing that after this passes things like that will hopefully stop. Incidents will be reported, and behavior like that will absolutely not be tolerated. I’d like to thank Rebecca Conejo, Alwyn Matthews, Aileen Montana, and most of all, Frankie Trynoski who helped me shape this since I tend to ramble and am not the best legislation writer. They encouraged me that this was an amazing idea and invested their full hearts into it as well.

Q: Is there anything else you’d like readers to know on this subject?

The fact that someone looked me in the eyes then said to me, “Hey, my frat currently has three pending sexual assault cases, want to be the fourth?” then laughed when I was offended and continued to tell me it was “just a joke”. Then he was featured on Humans of UTSA.

Sexual aggressors comes in all shapes in sizes. They can be women too.

If you are a victim, you aren’t alone, and it isn’t your fault. You were taken advantage of. Sexual assaults aren’t about sex, they’re about power as well. You can be the bravest, happiest of souls and still be a victim. Please speak out about it.